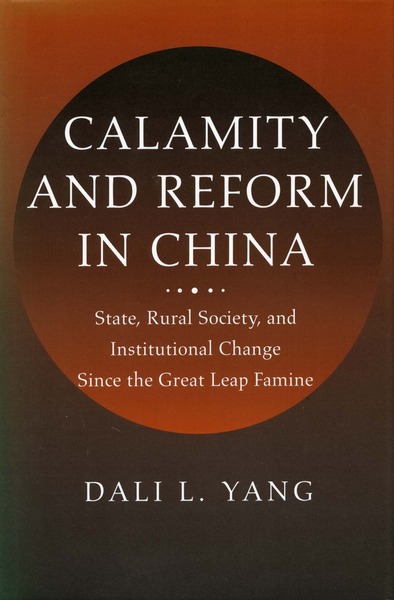 China's Great Leap Famine of 1959-61 resulted in 30 million deaths, making it easily the worst famine in human history. Yet unlike the Cultural Revolution - that other massive catastrophe of Mao's rule - the Great Leap Forward has received scant scholarly attention. This is partly because victims of the ensuing famine were inarticulate farmers and partly because many key players in that inglorious era are members of the current elite who tightly guard the archives. Despite these impediments, the author has marshalled an impressive array of historical documents to provide the first comprehensive treatment of the political causes and consequences of the Great Leap Famine. The Famine is important because it furnished the crucial historical motives for dismantling the rural collective institutional structure in post-Mao China two decades later and motivating tens of millions of ordinary Chinese to enact the reforms.

Dali L. Yang is Professor and Chairman in the Department of Political Science at the University of Chicago.

"This is a very impressive achievement. What is so good about it is the theoretical and statistical sophistication, the emphasis on regional variation, and the learning it displays, not only with regard to China but in general. It contains much new material of enormous value."

"On the basis of a wealth of primary and secondary sources, the book provides a vigorous treatment of the origin and consequences of the Great Leap Forward as well as the institutions and processes involved in China's rural reforms. Yang's book is an impressive scholarly addition to our study of contemporary Chinese politics."