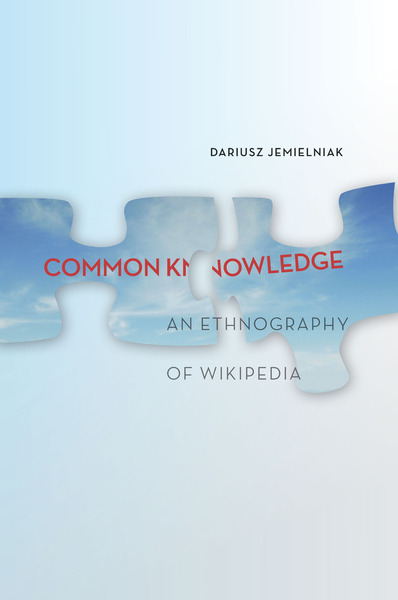 Scholarly Excellence Award from the Chair of Polish Academy of Sciences

Winner of the 2015 Dorothy Lee Award for Outstanding Scholarship in the Ecology of Culture, sponsored by the Media Ecology Association.

Semi-finalist in the 2015 Marshall McLuhan Award for Outstanding Book in the Field of Media Ecology, sponsored by the Media Ecology Association.

With an emphasis on peer–produced content and collaboration, Wikipedia exemplifies a departure from traditional management and organizational models. This iconic "project" has been variously characterized as a hive mind and an information revolution, attracting millions of new users even as it has been denigrated as anarchic and plagued by misinformation. Have Wikipedia's structure and inner workings promoted its astonishing growth and enduring public relevance?

In Common Knowledge?, Dariusz Jemielniak draws on his academic expertise and years of active participation within the Wikipedia community to take readers inside the site, illuminating how it functions and deconstructing its distinctive organization. Against a backdrop of misconceptions about its governance, authenticity, and accessibility, Jemielniak delivers the first ethnography of Wikipedia, revealing that it is not entirely at the mercy of the public: instead, it balances open access and power with a unique bureaucracy that takes a page from traditional organizational forms. Along the way, Jemielniak incorporates fascinating cases that highlight the tug of war among the participants as they forge ahead in this pioneering environment.

Dariusz Jemielniak is Professor of Management at Kozminski University in Warsaw, Poland, where he heads the Center for Research on Organizations and Workplaces. Beyond academia, he is a heavily-engaged Wikipedian and was elected in 2015 to the Board of Trustees of WIkimedia Foundation

"Jemielniak presents an evenhanded look at Wikipedia, showing how policy along with a balance of bureaucracy work well. The author explores the problems editors and the Wikimedia Foundation (the nonprofit organization supporting Wikipedia projects) are trying to work through. His criticism is constructive, focusing on situations and issues that have improved or can improve Wikipedia, including how founder Jimmy Wales's role has shifted . . . Methodology, glossary, and an extensive bibliography are included for Wikipedia novices and interested researchers . . . Recommended."

"It's the first anthropological study of an internet hive mind now entering its adolescence. The book pulls off a near-impossible double act, serving as both primer and detailed study on the habits of Wikipedians. It presents Wikipedia as a 'parahierarchy' thriving on its own conflicts, where even the dense catalogue of house rules is subject to reinterpretation . . . [Jemielniak's] depiction of its present and past shows how much the free encyclopaedia has already developed to become a worldwide movement."

"This is a trailblazing study of Wikipedia—a phenomenon that is so much in our daily lives, while remaining mysterious to most of us. We should be thankful to Jemielniak for this study. As a seasoned user, an insider, and a scholar, his thorough account introduces us to Wikipedia's inner mechanisms, productive processes, quality controls, splendors, and miseries as a treasury of knowledge that is without precedence and, increasingly, without competition."

"Jemielniak confronts the fascinating politics of Wikipedia as an insider, relaying the healthy clash of cultures and values that ensues as people try to get it right. This is a wonderful, detailed account of Wikipedia's rules and hierarchies, culture of consensus, internal power structures, governance, and leadership—especially in its English and Polish incarnations."

—Jonathan Zittrain, Harvard University and author of The Future of the Internet—And How to Stop It

"Of all the social artifacts we've built on top of the internet, Wikipedia is at once the strangest and the most familiar. Half a billion people visit every month, but almost no one knows how it works or why. Dariusz Jemielniak has written a thoughtful and multi-faceted account of Wikipedia's culture, contradictions, and challenges."

—Clay Shirky, New York University and author of Cognitive Surplus: Creativity and Here Comes Everybody: The Power of Organizing Without Organizations

"Common Knowledge? is the first fully ethnographic study of Wikipedia culture. This thoughtful and intellectually provocative study sheds new light on a community behind the largest collaborative movement of humankind, and is a must-read for all interested in open collaboration movement."

"Wikipedia is breathtakingly important, but it's new enough that it hasn't been studied much yet. This well-informed, thoughtful book from management professor and longtime Wikipedian Dariusz Jemielniak takes readers behind the scenes, exploring how Wikipedia works and why it matters. It's an important addition to the existing literature." 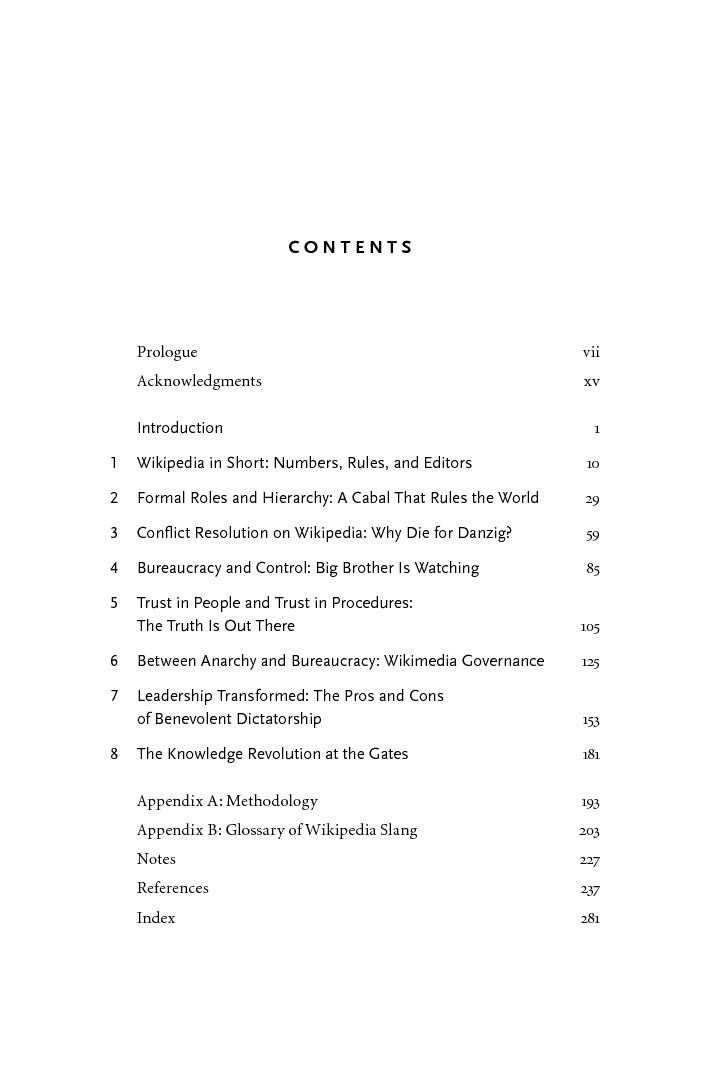 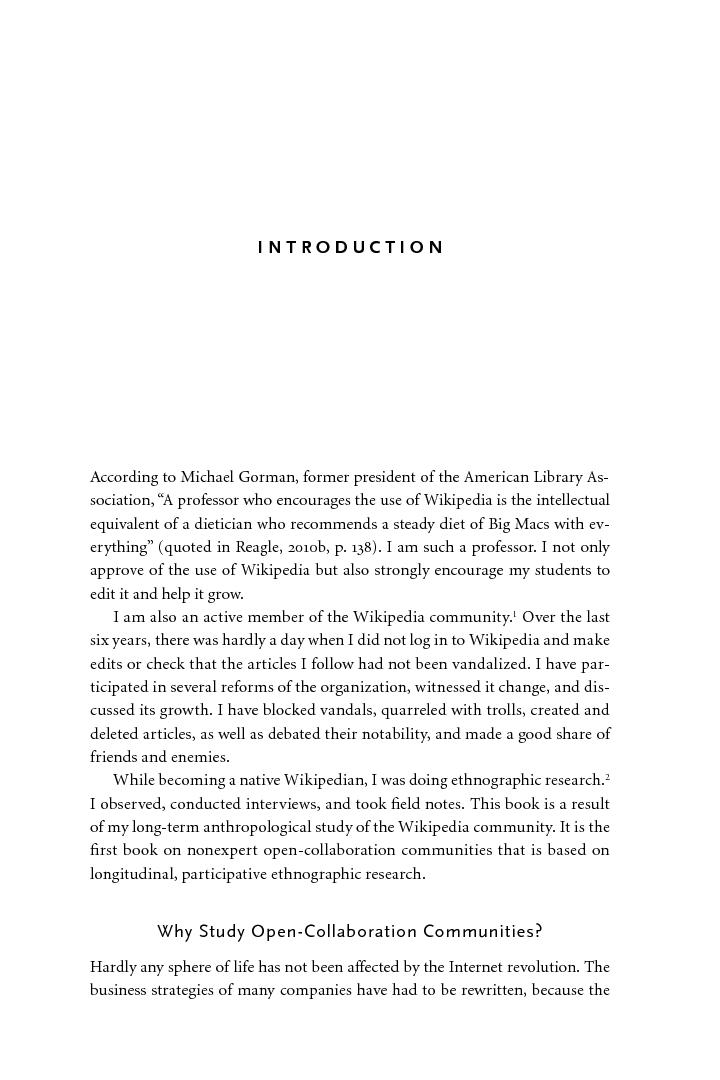 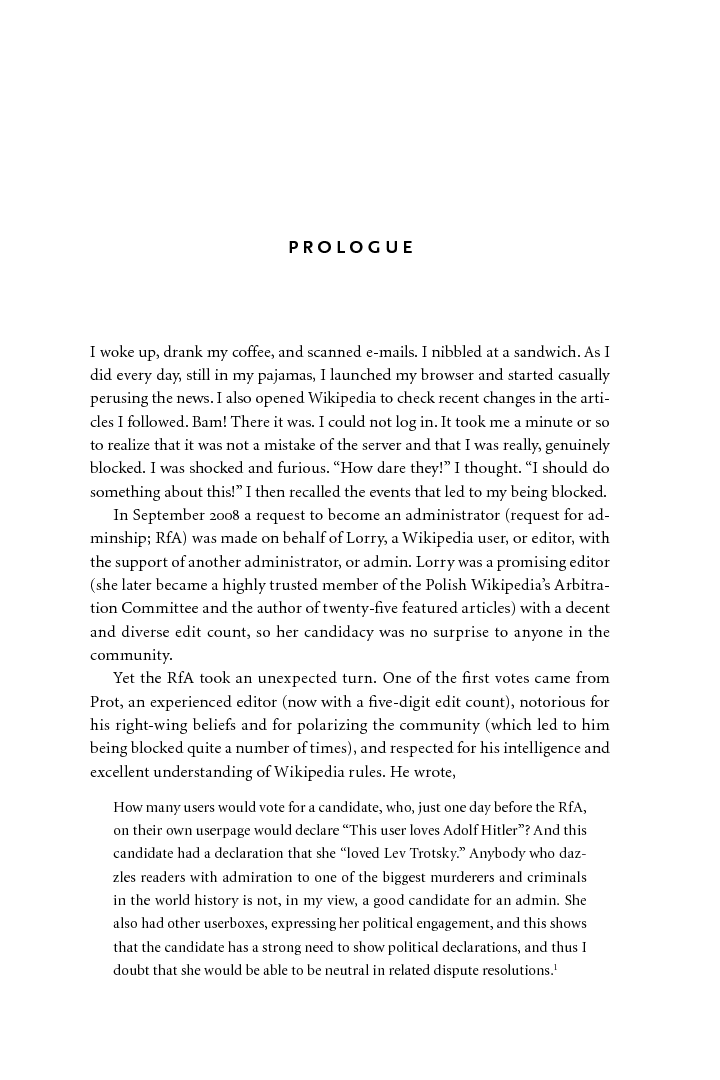