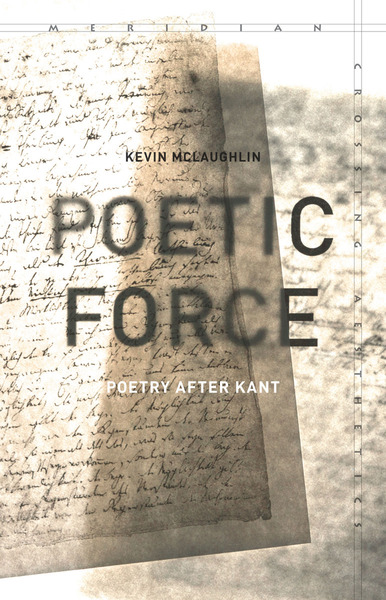 This book argues that the theory of force elaborated in Immanuel Kant's aesthetics (and in particular, his theorization of the dynamic sublime) is of decisive importance to poetry in the nineteenth century and to the connection between poetry and philosophy over the last two centuries. Inspired by his deep engagement with the critical theory of Walter Benjamin, who especially developed this Kantian strain of thinking, Kevin McLaughlin uses this theory of force to illuminate the work of three of the most influential nineteenth-century writers in their respective national traditions: Friedrich Hölderlin, Charles Baudelaire, and Matthew Arnold. The result is a fine elucidation of Kantian theory and a fresh account of poetic language and its aesthetic, ethical, and political possibilities.

Kevin McLaughlin is Dean of the Faculty and George Hazard Crooker Professor of English, Comparative Literature, and German Studies at Brown University. He is the author of Writing in Parts: Imitation and Exchange in Nineteenth-Century Literature (1995) and Paperwork: Literature and Mass Mediacy in an Age of Paper (2005), as well as co-translator into English of Walter Benjamin's Arcades Project.

"In a brilliant exploration of the bearing of philosophy on poetry, Kevin McLaughlin traces in Kant a thinking of a special kind of force, the capacity of poetic language to exceed the grasp of empirical consciousness. His readings of Hölderlin, Baudelaire, and Matthew Arnold, an unlikely trio, are a tour de force of philosophical and poetic analysis." 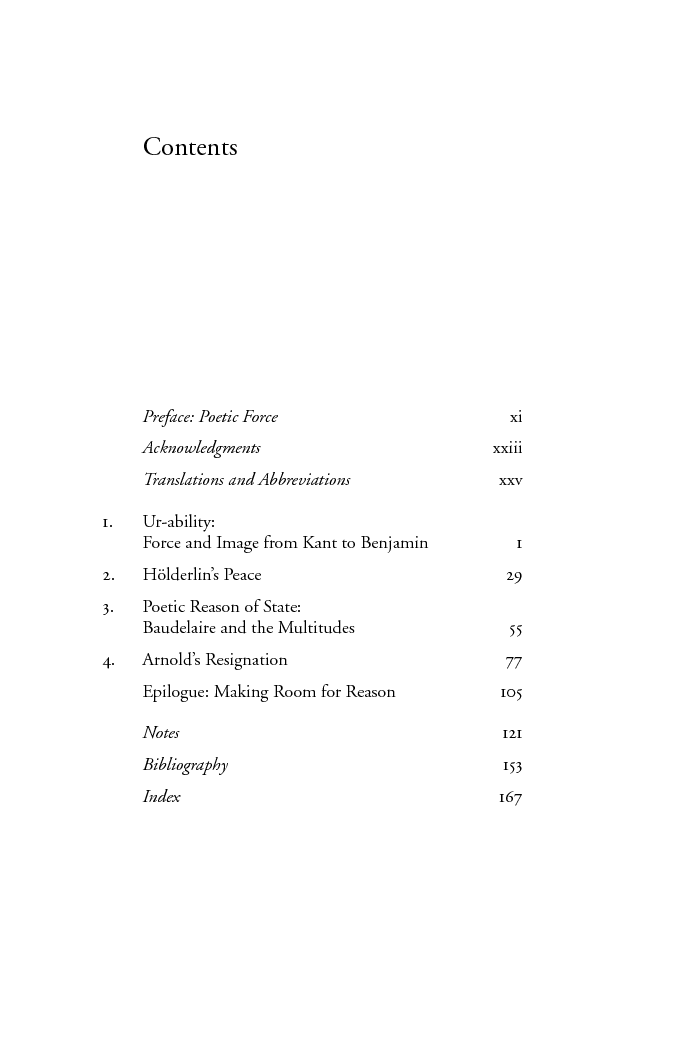 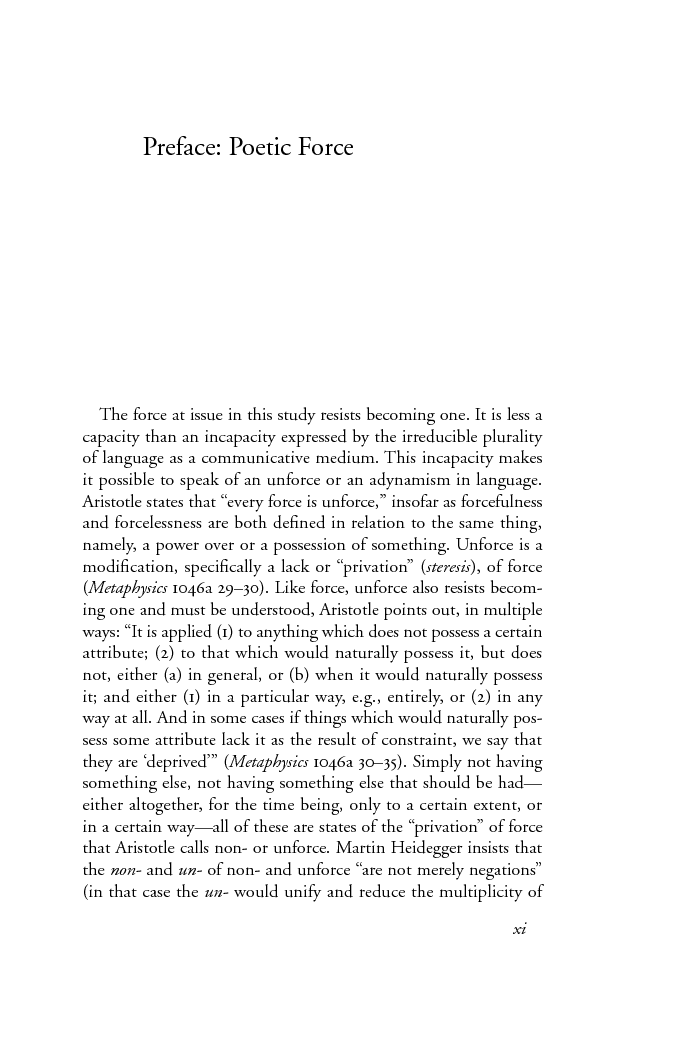