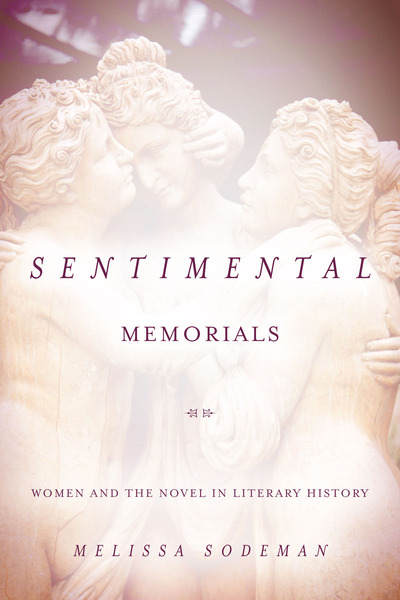 During the later eighteenth century, changes in the meaning and status of literature left popular sentimental novels stranded on the margins of literary history. While critics no longer dismiss or ignore these works, recent reassessments have emphasized their interventions in various political and cultural debates rather than their literary significance. Sentimental Memorials, by contrast, argues that sentimental novels gave the women who wrote them a means of clarifying, protesting, and finally memorializing the historical conditions under which they wrote. As women writers successfully navigated the professional marketplace but struggled to position their works among more lasting literary monuments, their novels reflect on what the elevation of literature would mean for women's literary reputations.

Drawing together the history of the novel, women's literary history, and book history, Melissa Sodeman revisits the critical frameworks through which we have understood the history of literature. Novels by Sophia Lee, Ann Radcliffe, Charlotte Smith, and Mary Robinson, she argues, offer ways of rethinking some of the signal literary developments of this period, from emerging notions of genius and originality to the rise of an English canon. And in Sodeman's analysis, novels long seen as insufficiently literary acquire formal and self-historicizing importance.

"Sodeman places the sentimental novels of Sophia Lee, Ann Radcliffe, Charlotte Smith, and Mary Robinson within the context of emerging mid- to late- 18th-century definitions of genius, originality, and the English literary canon. In so doing, she not only creates a more inclusive, nuanced version of literary history but makes bold claims about these often-denigrated writers' metacritical engagement with issues in contemporary historiography and canon formation."

"Melissa Sodeman's Sentimental Memorials: Women and the Novel in Literary History boldly reconceptualizes women's sentimental fictions of the late eighteenth century as self-conscious acts of memorialization . . . Sodeman has found a way of making the most alienating aspects of Smith's works culturally and historically significant - it is the best kind of recovery because it fundamentally alters how we think about an entire genre."

"Sentimental Memorials is a beautifully written book; its quality of thought and contextual knowledge are both reassuring and exciting. It takes the ephemerality of sentimental fiction and discovers in it a concern for enduring reputation. It examines the uses of autobiographical detail in imaginative prose that depicts national and international concerns while at the same time conveying personal truths that have public meanings."

"Sodeman makes a lyrical and persuasive argument for the way the popular, female-authored 'sentimental novels' of the late eighteenth century memorialized the conditions of their own production. Her argument will change the way we read sentimental fiction as well as the writers she invokes."

"Drawing together newly unearthed materials and fresh insights on literary history, British women's writings, sentimental fiction, and the history of the book, Sodeman's study compels us to grasp not only oft-misunderstood late eighteenth-century popular literature but also to better apprehend what came before and after it. This is a highly original book, as beautifully written as it is persuasively argued." 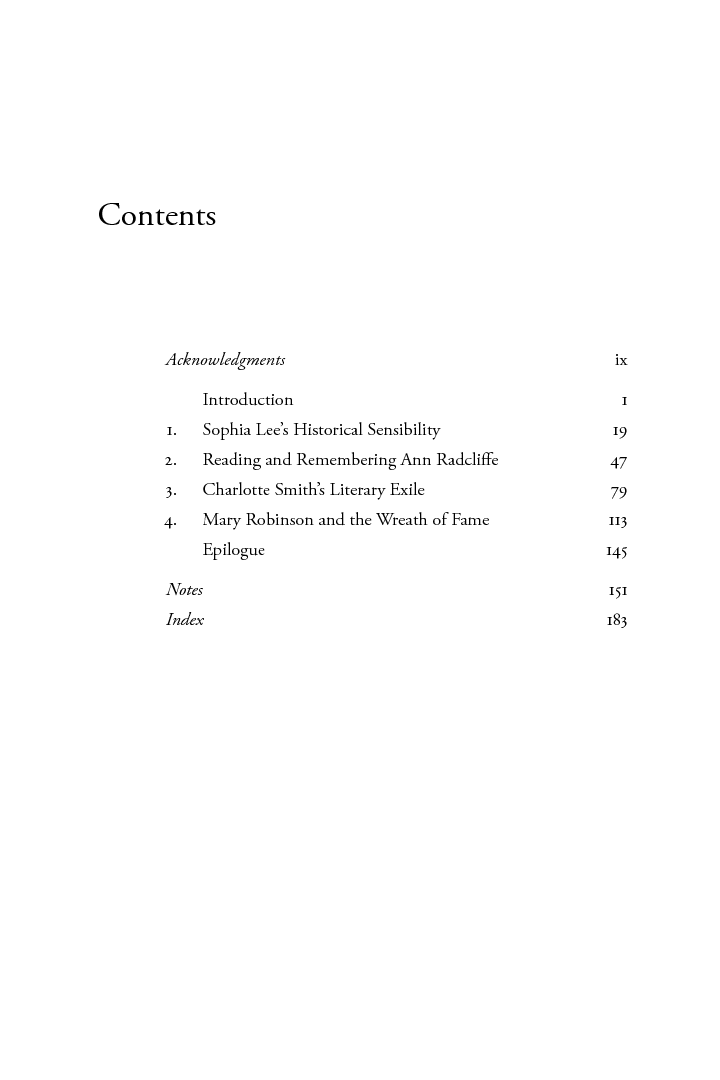 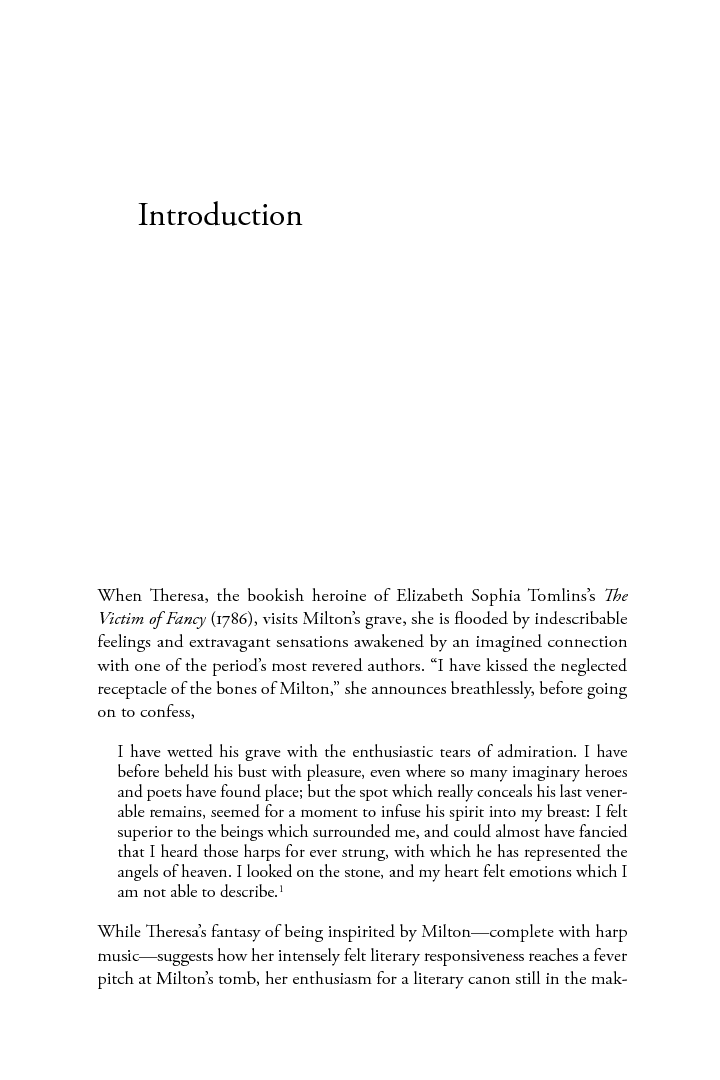