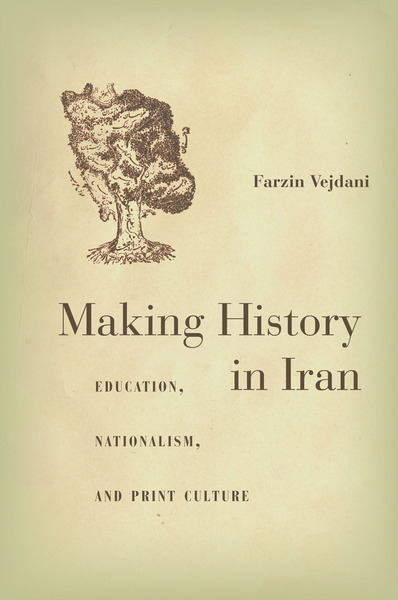 Iranian history was long told through a variety of stories and legend, tribal lore and genealogies, and tales of the prophets. But in the late nineteenth century, new institutions emerged to produce and circulate a coherent history that fundamentally reshaped these fragmented narratives and dynastic storylines. Farzin Vejdani investigates this transformation to show how cultural institutions and a growing public-sphere affected history-writing, and how in turn this writing defined Iranian nationalism. Interactions between the state and a cross-section of Iranian society—scholars, schoolteachers, students, intellectuals, feminists, and poets—were crucial in shaping a new understanding of nation and history.

This enlightening book draws on previously unexamined primary sources—including histories, school curricula, pedagogical materials, periodicals, and memoirs—to demonstrate how the social locations of historians writ broadly influenced their interpretations of the past. The relative autonomy of these historians had a direct bearing on whether history upheld the status quo or became an instrument for radical change, and the writing of history became central to debates on social and political reform, the role of women in society, and the criteria for citizenship and nationality. Ultimately, this book traces how contending visions of Iranian history were increasingly unified as a centralized Iranian state emerged in the early twentieth century.

Farzin Vejdani is Assistant Professor of History at Ryerson University.

"In Making History in Iran, Farzin Vejdani pays a long overdue debt owed by academics studying Iran to the historians of the late nineteenth and early twentieth centuries, men and women who wrote history, composed textbooks, and trained teachers . . . Vejdani deftly describes the story of the writers who made Iran's history appear unique."

"This excellent study examines the evolution of Iranian self-identification — how Iranians went from viewing themselves as subjects of a shah to feeling like citizens of a nation . . . One of this study's many virtues is that it looks at Iranian agency from a comparative perspective. It argues that, unlike India, whose historians had to reclaim a past handed to them by their colonizers, and unlike Turkey with its rigidly secular étatist model imposed by Mustafa Kemal Atatürk, Iran's history writing did not take place in a binary mode . . . Perceptive, informative and well-written, this study vies for first place among a spate of recent books on Iranian identity formation and nation-building."

"An illuminating contribution that beautifully captures the process by which the rich cultural world of gunpowder empire was ushered out by the historicist pedagogy of the modern nation state in Iran. A must-read for those interested in understanding how the European concept of the past shaped the self-image of colonized societies."

—Yoav Di-Capua, The University of Texas at Austin

"Farzin Vejdani has written a well-argued, finely researched book about a topic of great interest: how the modern age broadened the range of people writing history, how modes of writing and reading history shifted, and how complex the process of modern nationalization of Iranian history really was. A serious contribution to the study of historiography in general and of Middle Eastern history in particular."

"[T]his is a strong, insightful contribution that sheds light on the agency of a broad segment of Iranian society in the making of modern Iran. Due to the comparative framework Vejdani employs throughout the book, this text would be useful not only to those interested in nationalism and historiography in Iran but also to students of these subjects in other geographic contexts. Vejdani's use of accessible language to discuss complex ideas also makes the book appropriate for advanced undergraduate courses."

"Well researched and convincingly argued, Making History in Iran represents a major contribution to the study of Iranian historiography and a valuable addition to the growing literature on the subject of Iranian nationalism."

"Making History in Iran is a rich study based on primary sources that makes important contributions to Iranian historiography by situating it within a broad comparative analytical framework informed by recent studies in European, Islamic, and Middle Eastern history."

"Vejdani's book is rich in primary and secondary sources, and includes a wide range of published and unpublished material such as journals, year-books, school curricula, pedagogical manuals, letters, memoirs, and more, mostly in English and Persian. This richness in sources ... has produced a major and most valuable contribution, not only to the field of Iranian historiography, but also to the study of the history, nationalism, and education of modern Iran."

"Making History in Iran is a much-needed examination of how various social and institutional changes during the nineteenth and early twentieth centuries shaped how the people of Iran wrote about, taught, and understood the past...Making History in Iran successfully stresses continuity over rupture in the development of historiographical genres, state patronage, and the formation of reading publics. It improves our understanding of how Iranian historiography represented Arab and Islamic historical figures and drew upon Arabic- language secondary sources" 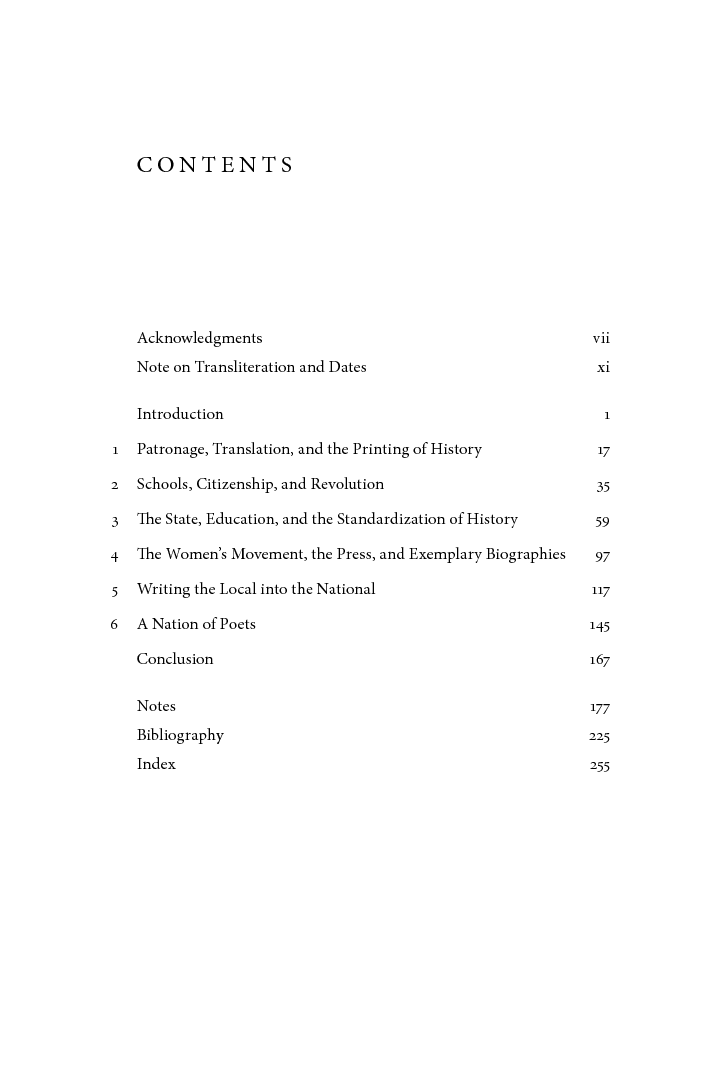 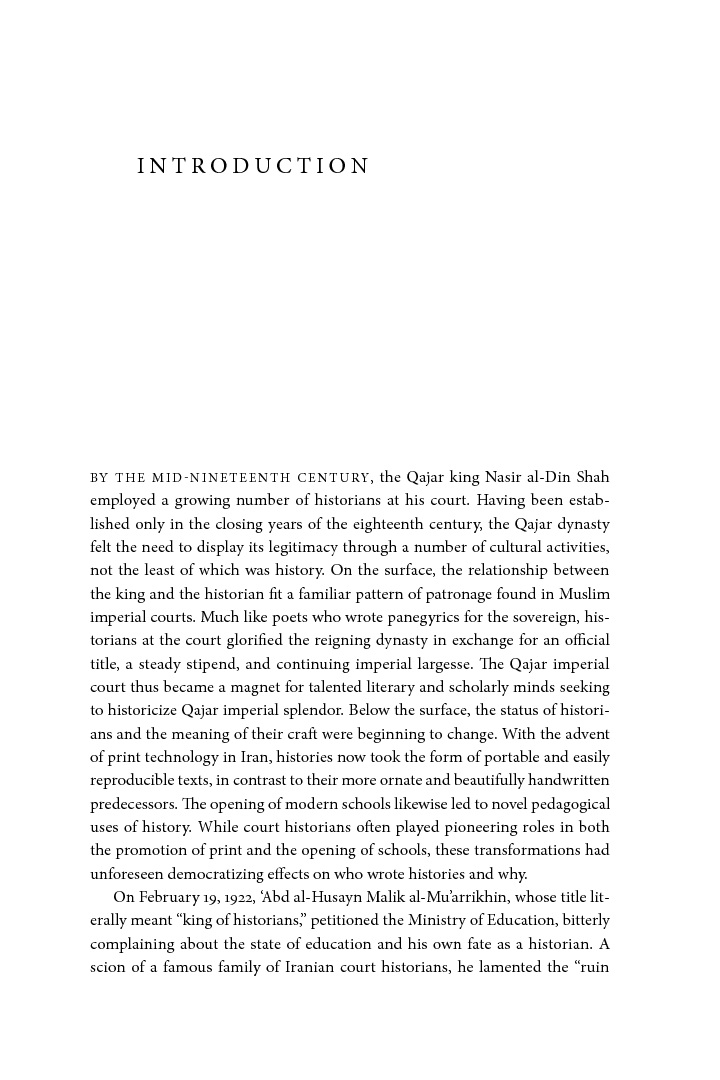