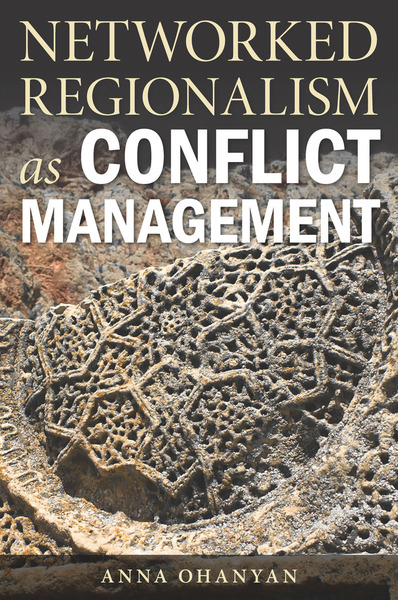 Most regions of the world are plagued by conflicts that are made insoluble by a confluence of complex threads from history, geography, politics, and culture. These "frozen conflicts" defy conflict management interventions by both internal and external agents and institutions. Worse, they constantly threaten to extend beyond their local geographies, as in the terrorist bombings in Boston by ethnic Chechens, or to escalate from skirmishes to full-scale war, as in Nagorno-Karabakh. Consequently, such conflicts cry out for alternative approaches to the classic, state-focused, and sovereignty-based conflict management models that are practiced in traditional diplomacy—which most often produce rather short-term, ad hoc, fragmented interventions and outcomes.

Drawing upon the cases of the South Caucasus, the Western Balkans, Central America, South East Asia, and Northern Ireland, Networked Regionalism as Conflict Management offers a theoretical and practical solution to this impasse by arguing for regional collective interventions that involve a long-term reengineering of existing conflict management infrastructure on the ground. Such approaches have been attracting the attention of scholars and practitioners alike yet, thus far, these concepts have rarely involved more than simple prescriptions for regional cooperation between grassroots actors and traditional diplomacy. Specifically, says Anna Ohanyan, only the cultivation and establishment of regional peace systems can provide an effective path toward conflict management in these standoffs in such intractably divided regions.

Anna Ohanyan is Chair of the Department of Political Science and International Studies at Stonehill College.

"Ohanyan offers an innovative an unique study taht examines the concept of regionalism as it relates to conflict management. Academic theories and mainstream discussions related to regionalism generally rely on the examples of the EU and Association of Southeast Asian nations. The book demonstrates why these theories, such as functionalism, and more general international relations theories are inadequate to explain what the author calls politically divided areas . . . Recommended."

"Networked Regionalism as Conflict Management is a breakthrough for conflict resolution audiences. It integrates conflict theory with regionalism theory in a way that makes both more useful. Graduate students will find new lines of research here to pursue and policy makers will find promising paths to follow."

"This is an exceptional, truly outstanding work. It bridges multiple theories of international relations, draws on the best of each of these, and presents a much-needed new approach to addressing current real world problems. I hope policy-makers will take heed, and further embrace the possibilities of regionalism."

"Anna Ohanyan's Networked Regionalism as Conflict Management offers one of the best answers to the criticism that scholarly work on regionalism often lacks practical application. It shows how carefully constructed regionalism can address seemingly intractable conflicts and serve as a crucial building bloc for the regional and global order."