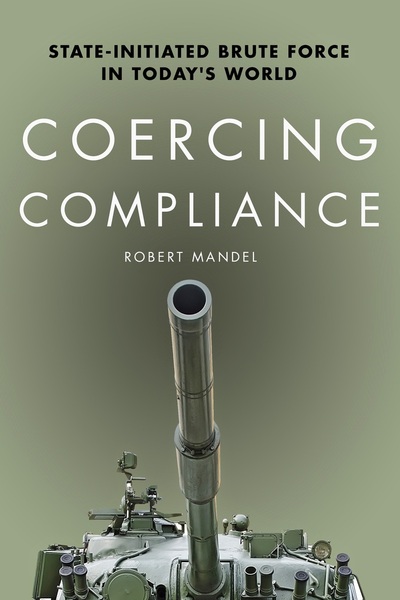 Few global security issues stimulate more fervent passion than the application of brute force. Despite the fierce debate raging about it in government, society and the Academy, inadequate strategic understanding surrounds the issue, prompting the urgent need for

Based on extensive case evidence, Robert Mandel assesses the short-term and long-term, the local and global, the military, political, economic, and social, and the state and human security impacts of brute force. He explicitly isolates the conditions under which brute force works best and worst by highlighting force initiator and force target attributes linked to brute force success and common but low-impact force legitimacy concerns. Mandel comes to two major overarching conclusions. First, that the modern global application of brute force shows a pattern of futility—but one that is more a function of states' misapplication of brute force than of the inherent deficiencies of this instrument itself. Second, that the realm for successful application of state-initiated brute force is shrinking: for while state-initiated brute force can serve as a transitional short-run local military solution, he says, it cannot by itself provide a long-run global strategic solution or serve as a cure for human security problems. Taking the evidence and his conclusions together, Mandel provides policy advice for managing brute force use in the modern world.

Robert Mandel is Chair and Professor in the International Affairs Department at Lewis & Clark College.

"This is an important and valuable book that will make a major contribution to debates and theorising about the use of brute force by states. Its wide range of case studies comprising both transnational and internal uses of force, and its focus on the broader measures of force effectiveness—such as legitimacy, long term stability, and human and international security—make it a compelling and novel contribution. It is well-argued and often innovative in its thinking, and would be useful for soldiers and policy professionals as well as for students and researchers in the academy."