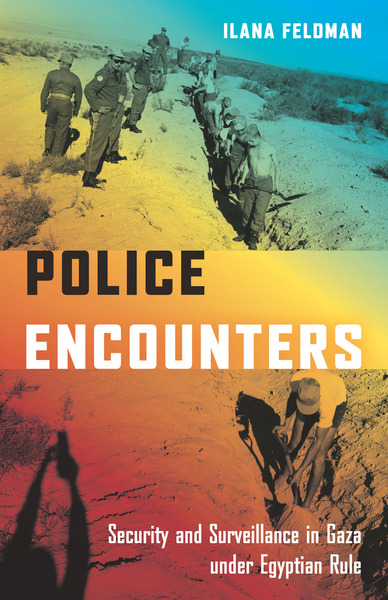 Egypt came to govern Gaza as a result of a war, a failed effort to maintain Arab Palestine. Throughout the twenty years of its administration (1948–1967), Egyptian policing of Gaza concerned itself not only with crime and politics, but also with control of social and moral order. Through surveillance, interrogation, and a network of local informants, the police extended their reach across the public domain and into private life, seeing Palestinians as both security threats and vulnerable subjects who needed protection. Security practices produced suspicion and safety simultaneously.

Police Encounters explores the paradox of Egyptian rule. Drawing on a rich and detailed archive of daily police records, the book describes an extensive security apparatus guided by intersecting concerns about national interest, social propriety, and everyday illegality. In pursuit of security, Egyptian policing established a relatively safe society, but also one that blocked independent political activity. The repressive aspects of the security society that developed in Gaza under Egyptian rule are beyond dispute. But repression does not tell the entire story about its impact on Gaza. Policing also provided opportunities for people to make claims of government, influence their neighbors, and protect their families.

Ilana Feldman is Associate Professor of Anthropology, History, and International Affairs at The George Washington University. She is the author of Governing Gaza: Bureaucracy, Authority, and the Work of Rule, 1917–1967 (2008).

"Ilana Feldman demonstrates how policing is not simply the repression of crime, but the cultivation of a security society. Gaza stands as an exceptional case—but one exceptionally important to illuminate the pre-history of the policing and security conflicts that drove many of the Arab Spring revolutions. Exciting, lucid, profound, and sophisticated, Police Encounters is a must-read."

"Beautifully weaving stories, histories and theory, Ilana Feldman illuminates the history of policing in Gaza under Egyptian rule. A remarkable work that opens new avenues of research and provides new ways of thinking about coercion and rule."

"Police Encountersis an invaluable contribution to studies of security regimes and the role of surveillance, particularly the unexpected outcomes of state tactics. Feldman's account opens the possibility for other scholars to continue to talk uncertainty in totalitarian or authoritarian regimes. The book is highly recommended for both area specialists and generalists interested in surveillance, policing, and security."