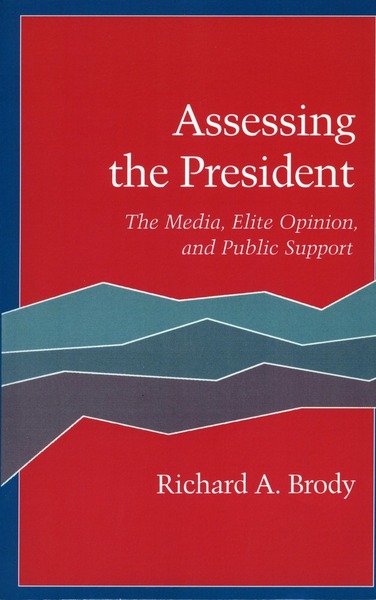 Assessing the President
The Media, Elite Opinion, and Public Support
Richard A. Brody

Do presidents inevitably lose support the longer they are in office? Does the public invariably rally behind presidents during international crises? What are the criteria by which the public forms its judgment about whether or not the president is doing a good job? And what is the role of daily news reporting and elite opinion in shaping the public's perception of the president's performance? This book addresses these questions and many others surrounding the dynamics of fluctuating public support for the president of the United States. Drawing its case material from the modern presidency from Kennedy through Reagan, with looks backward as far as Truman, this innovative work shows how the standing of the president with the American people has come to have a political life of its own. The author first examines two seemingly distinctive periods of opinion formation: the 'honeymoon' at the beginning of a presidential term and the 'rally' of presidential support that accompanies international crises. He then analyzes two previous explanations of public support - length of term in office and the state of the economy - and concludes that these explanations are, respectively, incorrect and incomplete. The author presents a model of information processing that ties public support to indications of policy success or failure brought to the attention of the public through daily news reporting by the media. The model is tested initially for the presidencies of Kennedy, Johnson, Nixon, and Ford; it is then refined and tested further for the Carter and Reagan presidencies.