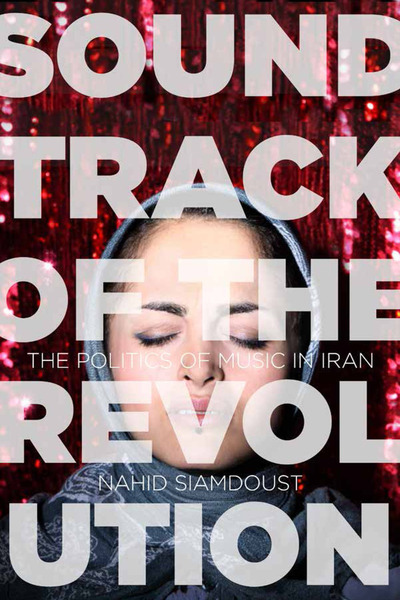 Soundtrack of the Revolution
The Politics of Music in Iran
Nahid Siamdoust
SERIES: Stanford Studies in Middle Eastern and Islamic Societies and Cultures

Music was one of the first casualties of the Iranian Revolution. It was banned in 1979, but it quickly crept back into Iranian culture and politics. The state made use of music for its propaganda during the Iran–Iraq war. Over time music provided an important political space where artists and audiences could engage in social and political debate. Now, more than thirty-five years on, both the children of the revolution and their music have come of age. Soundtrack of the Revolution offers a striking account of Iranian culture, politics, and social change to provide an alternative history of the Islamic Republic.

Drawing on over five years of research in Iran, including during the 2009 protests, Nahid Siamdoust introduces a full cast of characters, from musicians and audience members to state officials, and takes readers into concert halls and underground performances, as well as the state licensing and censorship offices. She closely follows the work of four musicians—a giant of Persian classical music, a government-supported pop star, a rebel rock-and-roller, and an underground rapper—each with markedly different political views and relations with the Iranian government. Taken together, these examinations of musicians and their music shed light on issues at the heart of debates in Iran—about its future and identity, changing notions of religious belief, and the quest for political freedom.

Siamdoust shows that even as state authorities resolve, for now, to allow greater freedoms to Iran's majority young population, they retain control and can punish those who stray too far. But music will continue to offer an opening for debate and defiance. As the 2009 Green Uprising and the 1979 Revolution before it have proven, the invocation of a potent melody or musical verse can unite strangers into a powerful public.

Nahid Siamdoust is a Postdoctoral Fellow and Lecturer at Yale University's MacMillan Center for International and Area Studies. She has taught at Oxford University and New York University, and previously worked as a journalist based in Iran and the Middle East for Time magazine, Der Spiegel, and Al Jazeera English TV.

"Nahid Siamdoust's beautiful writing paints a vivid portrait of the struggles over popular music in the Islamic Republic and brings to life some of the most unique and colorful characters in Iranian society today. An instant classic that will launch conversations on Iran and contemporary popular music globally."

"Nahid Siamdoust's Soundtrack of the Revolution is a groundbreaking study of a potent cultural register in post-revolutionary Iran. For both the casual reader and the aficionado, Siamdoust's pioneering insights are revelatory."

"Music is the language of liberation. Nahid Siamdoust, who knows all the players and has taken personal risks to tell this story, has written a lovely tribute to the courage and creativity of Iran's musicians. This is a book that, like Iran itself, is filled with hope and sadness—and the universal human desire for freedom."

"Siamdoust manages to capture valuable qualities about the practice of popular music in Iran in depth, while also covering a broad period. This is a premium resource for students and researchers at the intersection of popular music and politics. Overall, it is an eye-opening and enjoyable work."

The Iranist
From the 1979 revolution to today: The politics of music in Iran