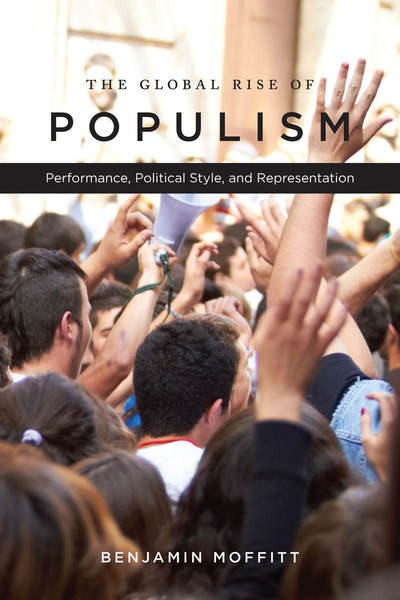 Once seen as a fringe phenomenon, populism is back. While some politicians and media outlets present it as dangerous to the U.S., Europe, and Latin America, others hail it as the fix for broken democracies. Not surprisingly, questions about populism abound. Does it really threaten democracy? Why the sudden rise in populism? And what are we talking about when we talk about "populism"?

The Global Rise of Populism argues for the need to rethink this concept. While still based on the classic divide between "the people" and "the elite," populism's reliance on new media technologies, its shifting relationship to political representation, and its increasing ubiquity have seen it transform in nuanced ways that demand explaining. Benjamin Moffitt contends that populism is not one entity, but a political style that is performed, embodied, and enacted across different political and cultural contexts. This new understanding makes sense of populism in a time when media pervades political life, a sense of crisis prevails, and populism has gone truly global.

Benjamin Moffitt is a Postdoctoral Research Fellow in the Department of Political Science at Stockholm University, Sweden.

"In the increasingly crowded field of populism studies, The Global Rise of Populism develops a fresh approach. It is a must-read for researchers and students of global populism, the media, and politics."

"Everybody must have heard by now that the so-called 'specter of populism' is once again haunting Europe, the US, the whole world! Obviously, something other than banal paraphrases of Marx is urgently needed to explain populism's complexity. Benjamin Moffitt provides exactly that. His innovative ideas will undoubtedly fuel academic debate for years to come."