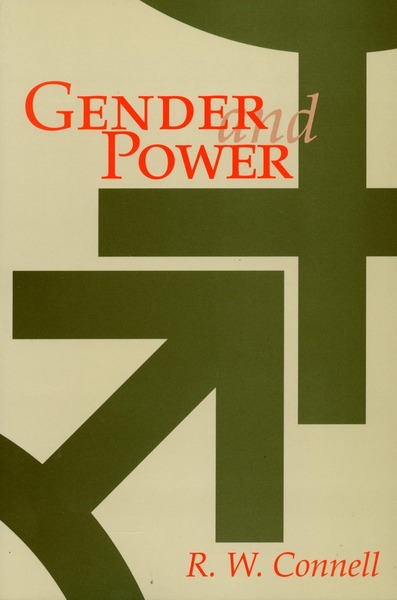 Sexual politics—from economic equality to anti-gay violence—is a vast area of debate. This exceptional book seeks to integrate gender and sexuality into the mainstream of social and political theory with the aim of challenging and transforming these traditional areas.

The book is an original contribution to the theory, setting out for the first time a systematic framework for the social analysis of gender and sexuality. It is written with a clarity and scope that also make it useful as an introductory textbook sexual politics.

The book reviews theories of gender from feminism to psychoanalysis, sex role theory, and sociobiology. It maps the structure of gender relations in contemporary life and in history; proposes a new approach to femininity and masculinity; and offers a wide-ranging analysis of sexual politics and the dynamics of change, from working-class feminism to the dilemmas of the "men's movement."

Connell has produced a major work of synthesis and scholarship which will be of unique value to students and professionals in sociology, politics, psychology, women's studies, gay studies, and to anyone interested in sexual politics.

"For many years now Bob Connell has been the most original male writer venturing into the difficult terrain of gender relations. His writing is lucid, scholarly and inspiring; indispensable for anyone trying to understand and challenge existing power relations between men and women."