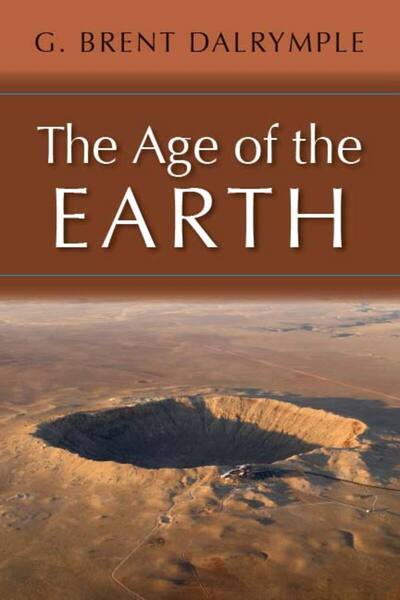 The Age of the Earth
G. Brent Dalrymple

This is a definitive, masterly history and synthesis of all that has been said (by theologians and scientists) and is known (to science) about the question, How old is the Earth? It explains in a simple and straightforward way the evidence and logic that have led scientists to conclude that the Earth and the other parts of the Solar System are not several thousand years old, as some today would have it, but four and one-half billion years old.

It is a fascinating story, but not so simple as single measurement. Our universe is a large, old, and complicated place. Earth and other bodies have endured a long and sometimes violent history, the events of which have frequently obscured the record that we seek to decipher. Although in detail the journey into Earth's past requires considerable scientific skill, knowledge, and imagination, the story is not so complicated that it cannot be explained to someone who wants to know and understand the basic evidence. This book, then, has been written for people with some modest background in science, but at a level that will allow the material to be useful and accessible to those without a deep knowledge of geology or physics or mathematics.

G. Brent Dalrymple is Research Geologist at the U.S. Geological Survey, Menlo Park, California. He is the co-author of Potassium-Argon Dating.

"...Dalrymple authoritatively unfolds the evidence for an Earth that is billions of years old."