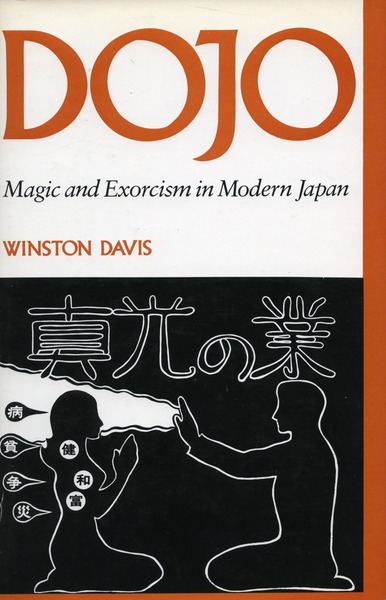 Winston Davis is Professor Emeritus at Washington and Lee University.

"This informative and highly readable book is a study of one of the so-called new religious sects of Japan called Sukyo Mahikari.. The book goes beyond providing information on Japanese religious ideas and acts and relates to religious studies in a wider sense, including the question of the circumstances fostering the survival of occultism."

"Stone by symbolic stone, Davis is able to reconstruct the architecture of hopes and actions that transform a humdrum meeting room into 'a sacred space where revelations and miracles can take place.' Many others have written about Japanese religious pragmatism, Davis is one of the few to demonstrate how it can be convincing."

"Among the new religions which proliferated in Japan after the war . . . is a singular and hitherto unexamined exorcistic sect called Sukyo Mahikari.... It believes in spirit possession (one's ancestors, grudging samurai, vagrant animal souls) and also in the member's ability to rout these astral interlopers. In addition, these powers may be used to repair automobiles, TV sets, and the like... . Much of the book's fascination lies in the fact that it is all so immediate (the author was there daily, observing and recounting), and that the mass of material he presents is so spectacular, involving as it does possession by malevolent grandmothers, disgruntled samurai ancestors, bad dogs, and worse eats."

"Davis's excellent book . . . breaks entirely new ground. Here for the first time we have an in-depth study, based on first-hand experience and participation. ... It is by no means only the sociologist who will find exceptionally interesting material in this unusual book. Anyone concerned with the religion, the folklore, or indeed, the fundamental patterns of the Japanese character, will find it hard to put down.. .. Davis's literary style is vigorous and lucid, and entirely free from sociological jargon."