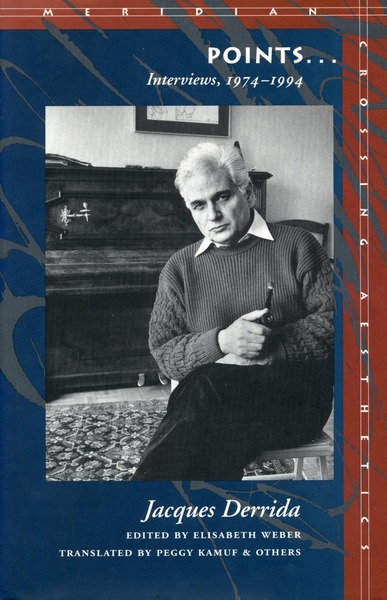 This volume collects twenty-three interviews given over the course of the last two decades by Jacques Derrida. It illustrates the extraordinary breadth of his concerns, touching upon such subjects as the teaching of philosophy, sexual difference and feminine identity, the media, AIDS, language and translation, nationalism, politics, and Derrida's early life and the history of his writings. Often, as in the interview on Heidegger, or that on drugs, or on the nature of poetry, these interviews offer not only an introduction to other discussions, but something available nowhere else in his work.

When did feminist discourse become an indispensable consideration for deconstruction? What was the impact on Derrida's work of his being an Algerian Jew growing up during World War II? Is there an ineradicable gap between language-based attitude such as those found in a deconstruction and subjectivity-oriented critical models such as those developed by Foucault and Lacan? Such questions as these are answered with great thoughtfulness and intensity.

Derrida's oral style is patient, generous, and helpful. His tone varies with the questioners and the subject matter—militant, playful, strategic, impassioned, analytic: difference in modulation can sometimes be heard within the same dialogue. The informality of the interview process frequently leads to the most succinct and lucid explications to be found of many of the most important and influential aspects of Derrida's thought. Sixteen of the interviews appear here for the first time in English, including an interview, conducted especially for this volume, concerning the recent exchange of letters in the New York Review of Books.

Jacques Derrida is Director of Studies at the Ecole des Hautes Etudes en Sciences Sociales and Professor of Humanities at the University of California, Irvine.

Elisabeth Weber is Assistant Professor of German at the University of California, Santa Barbara.

"A significant new scholarly resource, the interviews add up to a collective diagetical gloss on Derrida's major texts. The volume will be indispensable to any student and scholar of literature for whom deconstruction is important, whether as an inspiration and model or as a bête noire."

"Here Derrida himself provides a guide and commentary to his work. . . . This collection is particularly welcome because Derrida's work in the past 20 years has taken off in a variety of new directions that have often left critics puzzled." 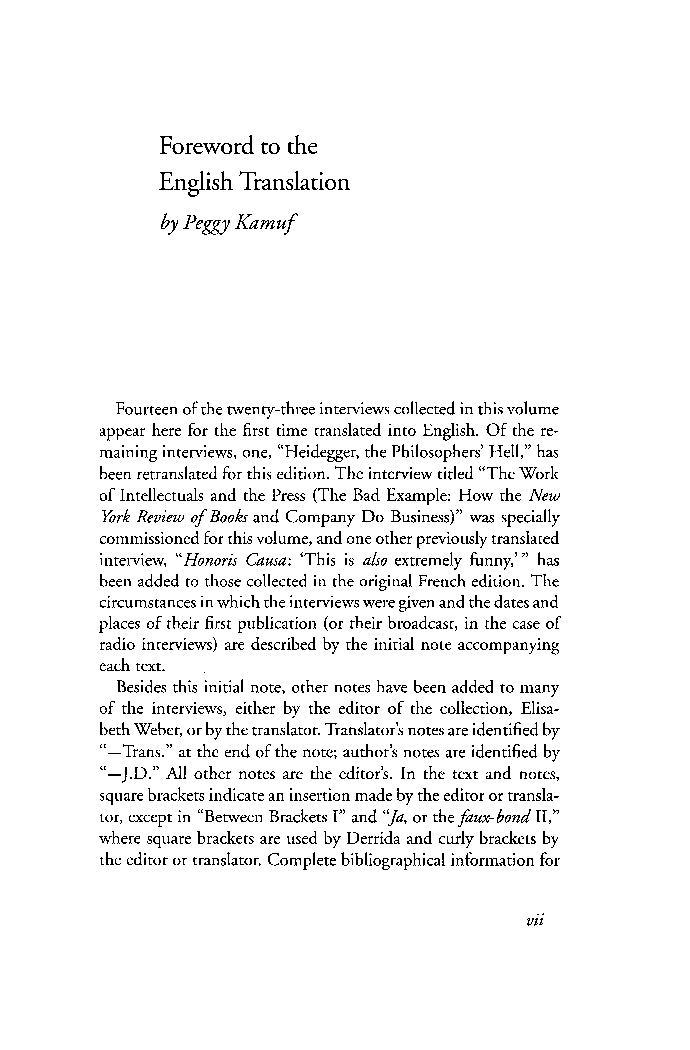 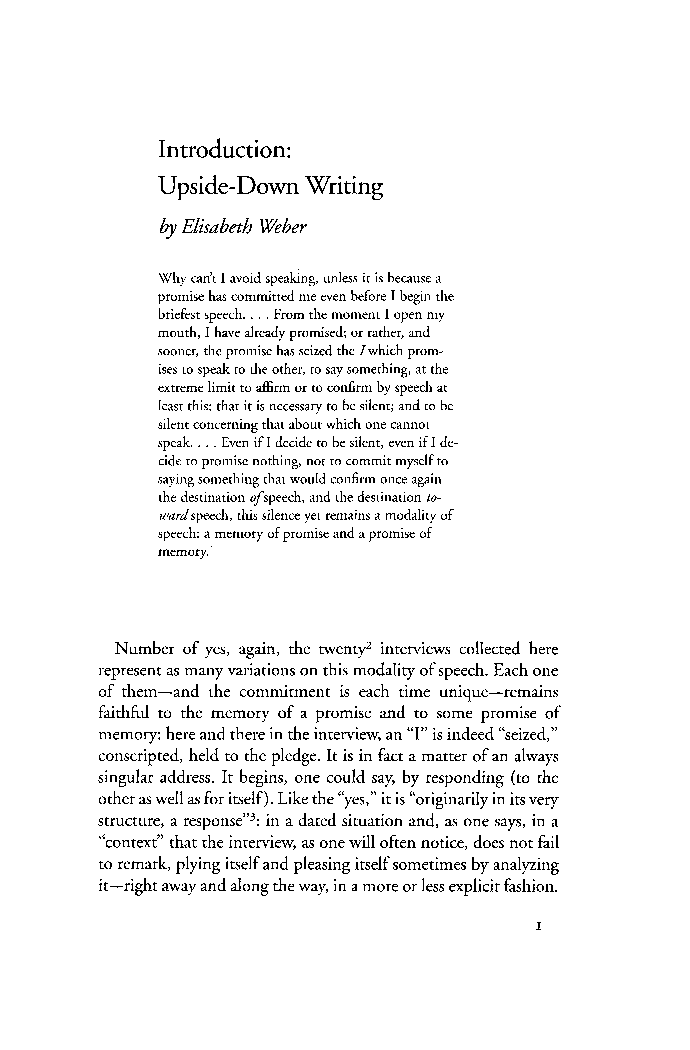 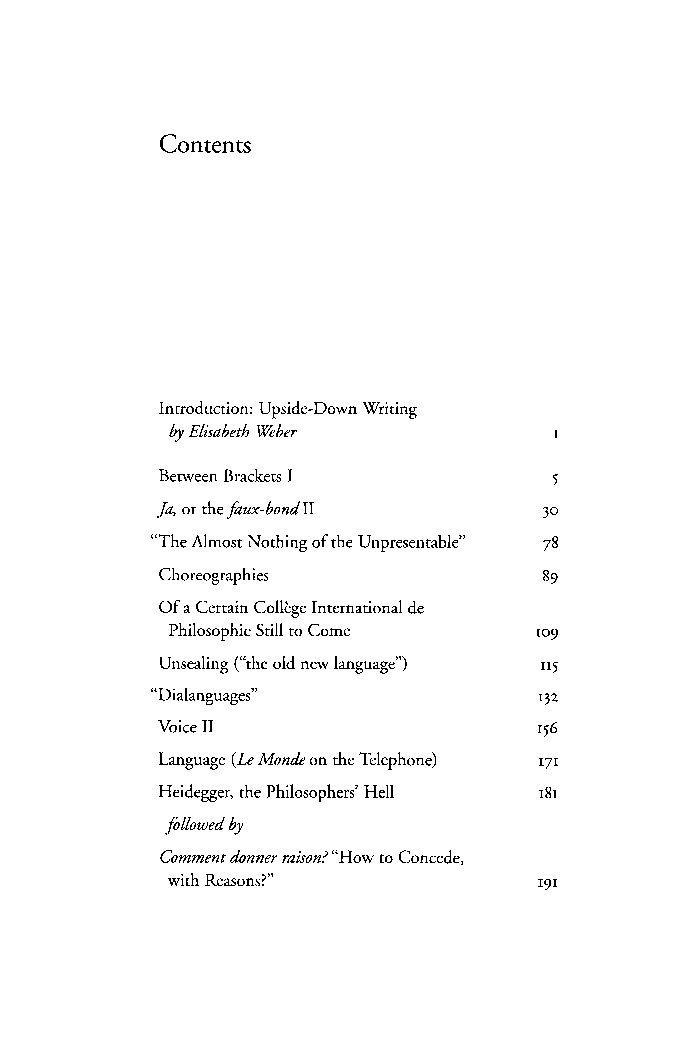