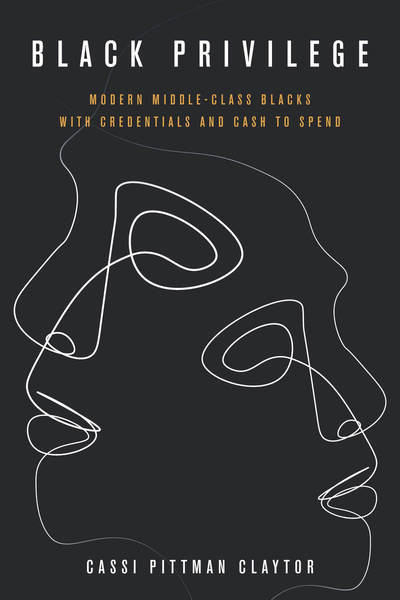 In their own words, the subjects of this book present a rich portrait of the modern black middle-class, examining how cultural consumption is a critical tool for enjoying material comforts as well as challenging racism.

New York City has the largest population of black Americans out of any metropolitan area in the United States. It is home to a steadily rising number of socio-economically privileged blacks. In Black Privilege Cassi Pittman Claytor examines how this economically advantaged group experiences privilege, having credentials that grant them access to elite spaces and resources with which they can purchase luxuries, while still confronting persistent anti-black bias and racial stigma.

Drawing on the everyday experiences of 54 black middle-class respondents, Pittman Claytor offers vivid accounts of their consumer experiences and cultural flexibility in the places where they live, work, and play. Whether it is the majority white Wall Street firm where they're employed, or the majority black Baptist church where they worship, questions of class and racial identity are equally on their minds. They navigate divergent social worlds that demand, at times, middle-class sensibilities, pedigree, and cultural acumen; and at other times pride in and connection with other blacks.

Rich qualitative data and original analysis help account for this special kind of privilege and the entitlements it affords—materially in terms of the things they consume, as well as symbolically, as they strive to be unapologetically black in a society where a racial consumer hierarchy prevails.

Cassi Pittman Claytor is the Climo Junior Professor in the Department of Sociology at Case Western Reserve University. Her scholarship examines the underlying social and cultural processes that affect African Americans' economic behavior. In 2017 she was awarded the Woodrow Wilson Foundation's Early Career Enhancement Fellowship and in2018 she served as the Sheila Biddle Ford Foundation Fellow at the Hutchins Center for African and African American Research at Harvard University.