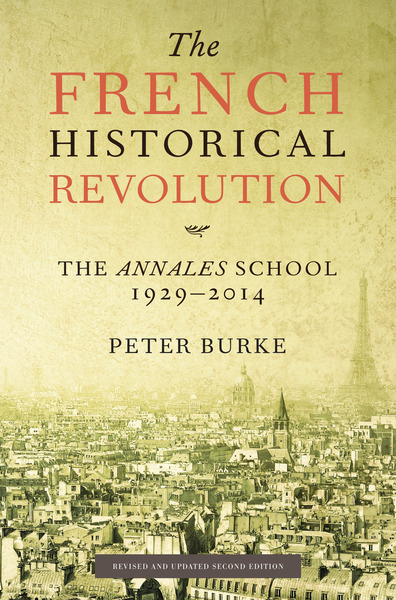 In the 20th century, historians began arguing for new ways of doing history. This "new history" movement called for a total history open to exploring every human activity. Instead of concentrating on the great deeds of statesmen and generals, new history considered the views and experiences of ordinary people. Instead of limiting themselves to official documents, new historians examined a greater variety of evidence, collaborating with sociologists, anthropologists, economists, linguists, and psychologists. Instead of traditional narratives, new history examined structures. Instead of claiming objective truth, new history acknowledged the prejudices associated with color, creed, class or gender.

In this newly revised and updated edition of The French Historical Revolution, renowned cultural historian Peter Burke provides a critical history of this movement most associated with the French journal Annales, from its foundation in 1929 to the present. From founding historians Lucien Febvre and Marc Bloch through the "new history" movement's best-known champions Jacques Le Goff and Fernand Braudel to current practitioners Roger Chartier and Serge Gruzinski, Burke traces and analyzes the contributions of one of the most important historical movements of the last century.

"[The French Historical Revolution] remains an outstanding introduction to an important movement that will engage both students and specialists for years to come."