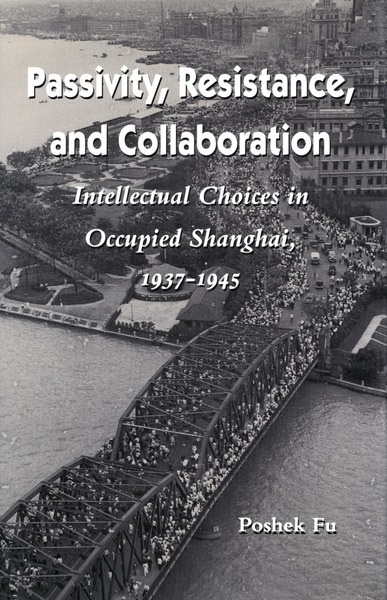 Focusing on the responses of writers in Shanghai to the Japanese occupation, this book corrects the postwar conception of occupied China as a field of conflict between selfless resisters and shameless collaborators by showing a complexity and ambiguity of moral choices that defies such stereotyping.

"Poshek Fu's fine study of the experiences of Chinese writers in Japanese-occupied Shanghai, the first of its kind, is an important and welcome contribution. . . . It is meticulously researched and convincingly argued. His discussion of the economic, political, social, and ethical quandaries of life in wartime is masterful, and he evokes vividly the minefield of private and public morality through which intellectuals somehow had to pick their way."

"The story of occupied China remains largely untold, particularly in Western scholarly literature. . . . Poshek Fu's study is a major step forward in our understanding of this complex era."

"This study will be warmly welcomed by scholars who want to know about Shanghai during the occupation, but I strongly suspect it will also be read closely by those interested in the general problem of moral choices under oppressive conditions. . . . This insightful work provides us with a framework that can be used to explain the complex (and very human) moral behavior of intellectuals in these settings."

"This provocative, beautifully written book should be of interest not only to China specialists but to a broad spectrum of scholars interested in questions of intellectual culture, moral choice, and the dilemmas of surviving under foreign occupation."