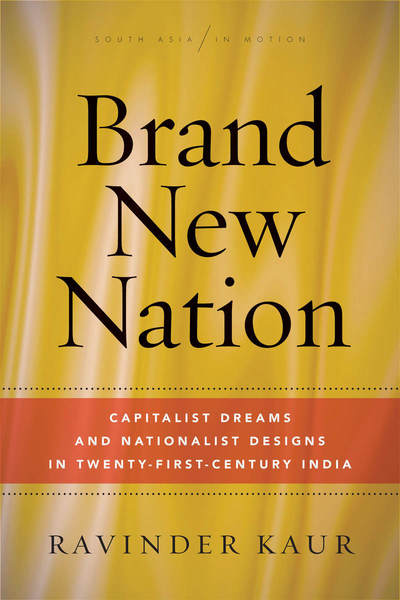 "Ravinder Kaur has written a perceptive, compelling, and very engaging book. This is the first systematic treatment of the remaking of politics and ideology in the wake of the economic resurgence in India and offers a radical rethinking of nationalism."

"Kaur's work is a lyrical tale of pitching India to the world as an 'attractive destination for investment capital.'... She shines in every page of Brand New Nation, and every page is a treat of elegant writing, sharp insights, and nuanced analysis."

"Brand New Nationis atour de forcethat sheds light on how post-colonial India has changed and is changing rapidly. Kaur's book opens our eyes to those changes."

"Brand New Nation is an essential read for the researchers and students working on the liberalization of the Indian economy, the rise of Hindu nationalism, and campaign management."