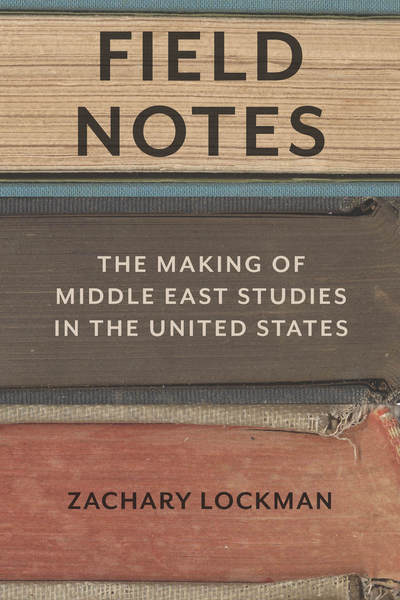 Field Notes reconstructs the origins and trajectory of area studies in the United States, focusing on Middle East studies from the 1920s to the 1980s. Drawing on extensive archival research, Zachary Lockman shows how the Carnegie, Rockefeller, and Ford foundations played key roles in conceiving, funding, and launching postwar area studies, expecting them to yield a new kind of interdisciplinary knowledge that would advance the social sciences while benefiting government agencies and the American people. Lockman argues, however, that these new academic fields were not simply a product of the Cold War or an instrument of the American national security state, but had roots in shifts in the humanities and the social sciences over the interwar years, as well as in World War II sites and practices.

This book explores the decision-making processes and visions of knowledge production at the foundations, the Social Science Research Council, and others charged with guiding the intellectual and institutional development of Middle East studies. Ultimately, Field Notes uncovers how area studies as an academic field was actually built—a process replete with contention, anxiety, dead ends, and consequences both unanticipated and unintended.

Zachary Lockman is Professor of Middle Eastern and Islamic Studies and of History at New York University. He is the author of Contending Visions of the Middle East: The History and Politics of Orientalism (2004, 2010).

"Zachary Lockman's labors in the foundation records make Field Notes a must read for understanding the history of the social sciences and the building of area studies. And his wry style and sharp, carefully drawn conclusions makes reading the book a true pleasure."

"Fair-minded, thorough, and thoughtful, Field Notes is essential reading for scholars in Middle East studies who want to learn the origins and fate of their field. With a broad vision and deep research, Zachary Lockman has much to teach anyone interested in the past, present, and future of international studies in the United States."

"In considering the creation of the interdisciplinary field of Middle East studies in the United States, Zachary Lockman provides a dystopic vision from the commanding heights of the war games planners and petroleum executives to 'the lower parts of Max Weber.' Bristling with ideas and criticisms, Field Notes deserves to be placed alongside the life cycles and vicissitudes of Latin America, East Asia and Africa area studies in the making and unmaking of the twentieth century American empire."

—Edmund Burke III, University of California, Santa Cruz, author of The Ethnographic State: France and the Invention of Moroccan Islam

Author discusses his new book on the evolution of Middle East studies in specific and area studies more broadly.

Inside Higher Ed
The Road to MESA