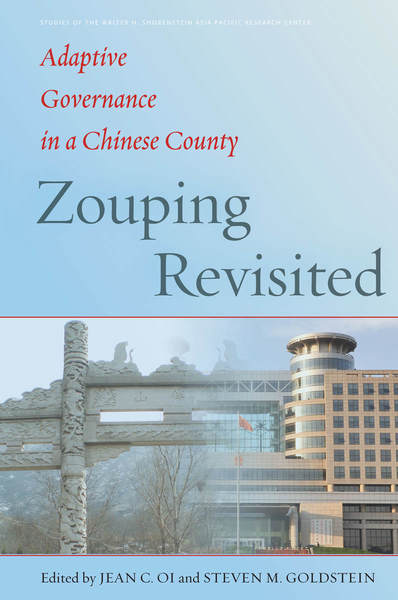 China has undergone dramatic change in its economic institutions in recent years, but surprisingly little change politically. Somehow, the political institutions seem capable of governing a vastly more complex market economy and a rapidly changing labor force. One possible explanation, examined in Zouping Revisited, is that within the old organizational molds there have been subtle but profound changes to the ways these governing bodies actually work. The authors take as a case study the local government of Zouping County and find that it has been able to evolve significantly through ad hoc bureaucratic adaptations and accommodations that drastically change the operation of government institutions.

Zouping has long served as a window into local-level Chinese politics, economy, and culture. In this volume, top scholars analyze the most important changes in the county over the last two decades. The picture that emerges is one of institutional agility and creativity as a new form of resilience within an authoritarian regime.

Jean C. Oi is William Haas Professor in Chinese Politics and a Senior Fellow at the Freeman Spogli Institute for International Studies at Stanford University.

Steven Goldstein is Sophia Smith Professor Emeritus of Government at Smith College, Director of the Taiwan Studies Workshop, and Associate at the Fairbank Center at Harvard University.

"A compelling and important book, Zouping Revisited amply demonstrates the political changes that have occurred—and persist—in China's countryside. Grounded in the soil of rural China, this book examines the startling ways old institutional structures are repurposed to perform new functions."

"This is an important contribution to the literature on rural politics that highlights a central theme of governance that has creatively adapted to manage the economic and social transformation of Zouping from an agricultural to an industrial and commercial site. The book provides valuable insights into informal bargaining relationships among officials."