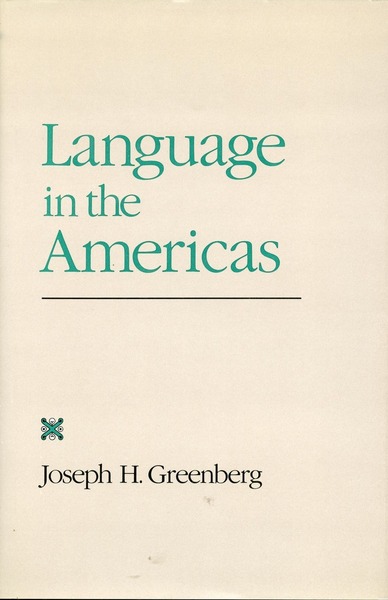 This book is concerned primarily with the evidence for the validity of a genetic unit, Amerind, embracing the vast majority of New World languages. The only languages excluded are those belonging to the Na-Dene and Eskimo- Aleut families. It examines the now widely held view that Haida, the most distant language genetically, is not to be included in Na-Dene. It confined itself to Sapir's data, although the evidence could have been buttressed considerably by the use of more recent materials. What survives is a body of evidence superior to that which could be adduced under similar restrictions for the affinity of Albanian, Celtic, and Armenian, all three universally recognized as valid members of the Indo-European family of languages. A considerable number of historical hypotheses emerge from the present and the forthcoming volumes. Of these, the most fundamental bears on the question of the peopling of the Americas. If the results presented in this volume and in the companion volume on Eurasiatic are valid, the classification of the world's languages based on genetic criteria undergoes considerable simplification.