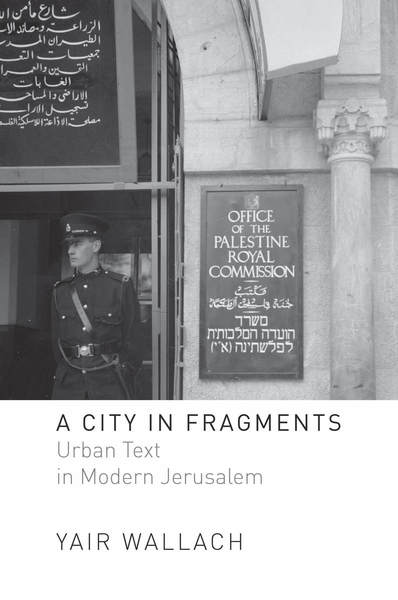 Winner of the 2022 Jordan Schnitzer Book Award, sponsored by the Association of Jewish Studies (AJS).

"[An] astounding account of how and why stone inscriptions were replaced by street signs and name plates....While narrating the fragmentation of urban textuality...the book's own text is anything but fragmentary. Conveying an erudite theoretical understanding of modernity through the story of Jerusalem makes the text wonderfully harmonious."

"Wallach's work is a refreshing effort, where urban text takes on its own agency in the context of the emerging Arab-Zionist conflict. Against the dozens of publications that will fill another shelf by the end of the year under the topic of Jerusalem, this is certainly one that scholars and the wider audience must be engaged with."

A City in Fragments: Urban Texts in Modern Jerusalem