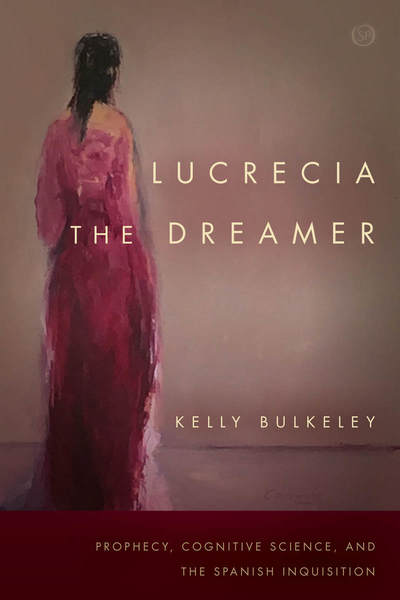 Set in late sixteenth-century Spain, this book tells the gripping story of Lucrecia de León, a young woman of modest background who gained a dangerously popular reputation as a prophetic dreamer predicting apocalyptic ruin for her country. When Lucrecia was still a teenager, several Catholic priests took great interest in her prolific dreams and began to record them in detail. But the growing public attention to the dreams eventually became too much for the Spanish king. Stung that Lucrecia had accurately foreseen the defeat of the Spanish Armada in 1588, Philip II ordered the Inquisition to arrest her on charges of heresy and sedition. During Lucrecia's imprisonment, trial, and torture, the carefully collected records of her dreams were preserved and analyzed by the court. The authenticity of these dreams, and their potentially explosive significance, became the focal point of the Church's investigation.

Returning to these records of a dreamer from another era, Lucrecia the Dreamer is the first book to examine Lucrecia's dreams as dreams, as accurate reports of psychological experiences with roots in the brain's natural cycles of activity during sleep. Using methods from the cognitive science of religion, dream researcher Kelly Bulkeley finds meaningful patterns in Lucrecia's dreaming prophecies and sheds new light on the infinitely puzzling question at the center of her trial, a question that has vexed all religious traditions throughout history: How can we determine if a dream is, or is not, a true revelation?

Kelly Bulkeley is a psychologist of religion and the Director of the Sleep and Dream Database. His most recent book is Big Dreams: The Science of Dreaming and the Origins of Religion (2016).

"An excellent scholarly work, Lucrecia the Dreamer reads like a novel of political and religious intrigue, for the scenes are stranger than fiction—even though they are a matter of historical record. Anyone interested in dreams should read this book."

"Structured like a police procedural and delightful to read, Lucrecia the Dreamer employs concepts from psychology, anthropology, and history to situate Lucrecia de León in a broader human story about the power of dreaming. Given the difficulties of crossing disciplinary boundaries while maintaining the integrity of each discipline's rules of analysis, Kelly Bulkeley's achievement is most impressive."

"While Lucrecia's personal story becomes the framework on which the fault-lines of Spanish society are displayed, Bulkeley sees a bigger picture....4/5 stars"

"Bulkeley's book presents an intriguing micro-history that illuminates life in late sixteenth-century Madrid and suggests the potential value of incorporating cognitive and digital approaches to scholarship on early modern events and texts. Bulkeley portrays Lucrecia as a living, breathing person, and he attempts to reconstruct her lived experiences, both waking and sleeping. His multifaceted analyses may indicate new paths for studying other visionaries and mystics of Golden-Age Spain."