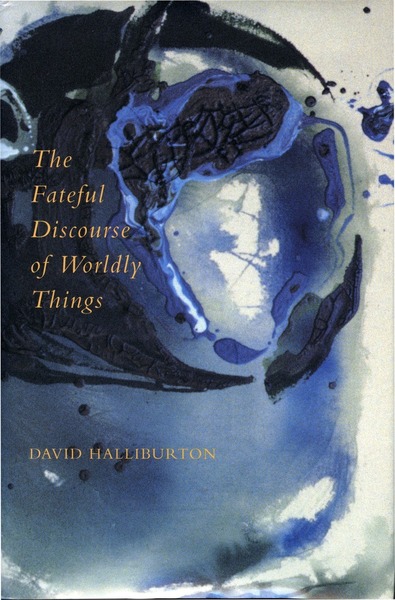 This broad interdisciplinary and comparative study of the ways in which we discursively "make" the world and its things aims to go beyond the "poetic thinking" of Heidegger toward a more pragmatic way of interpreting concrete social, cultural, and political experience.

The book outlines three constitutive functions of world-making. Endowing signifies the direct provision of the "wherewithal" that must come into being if anything else is to come into being. Enabling develops or facilitates what is endowed; it is a kind of education in being-in-the-world. Entitling embraces the realm of justice and decision; it concerns what is right for human beings to have and do and be.

The book is in five parts. Part I argues a need to move beyond deconstructing toward reconstructing. Part II considers the interactions of endowing, enabling, and entitling. In Part III, the author explores the ways in which discourse works in the Cartesian discourse of reason, and the phenomenon of Manifest Destiny as rendered by Frost. The focus of Part IV is incorporating, which builds on Merleau-Ponty's concept of flesh, or the process by which the body acts and becomes fully worldly. Part V addresses the phenomena of experience in a variety of modes, including the role of story and natality, experimental theater, the epistolary novel, and representations of the heroic Lucretia.

A postscript, exploring the "conclusion" with which scholarly books typically end, offers a perspectivist reading of the final text, Emerson's "Experience."

David Halliburton is Professor of English, Comparative Literature, and Modern Thought and Literature at Stanford University. He is the author of several books, most recently The Color of the Sky: A Study of Stephen Crane.