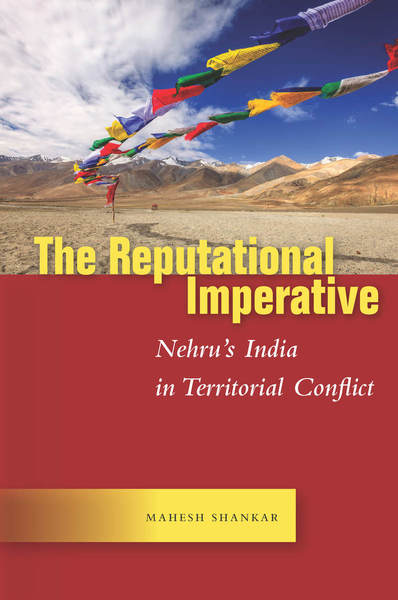 India's first prime minister, Jawaharlal Nehru, left behind a legacy of both great achievements and surprising defeats. Most notably, he failed to resolve the Kashmir dispute with Pakistan and the territorial conflict with China. In the fifty years since Nehru's death, much ink has been spilled trying to understand the decisions behind these puzzling foreign policy missteps. Mahesh Shankar cuts through the surrounding debates about nationalism, idealism, power, and security with a compelling and novel answer: reputation. India's investment in its international image powerfully shaped the state's negotiation and bargaining tactics during this period.

The Reputational Imperative proves that reputation is not only a significant driver in these conflicts but also that it's about more than simply looking good on the global stage. Considerations such as India's relative position of strength or weakness and the value of demonstrating resolve or generosity also influenced strategy and foreign policy. Shankar answers longstanding questions about Nehru's territorial negotiations while also providing a deeper understanding of how a state's global image works. The Reputational Imperative highlights the pivotal—yet often overlooked—role reputation can play in a broad global security context.

"Mahesh Shankar has provided a thorough and succinct analysis of Nehru's India's conduct in its territorial disputes with Pakistan and China. A must read for anyone interested in understanding the past, present, and future of the Kashmir and Sino-Indian disputes."

"The Reputational Imperative makes a significant contribution to our understanding of both reputation in international politics and India's territorial disputes, providing a theoretical framework to explain both unexpected generosity and perplexing intransigence. An enlightening and unbiased read."