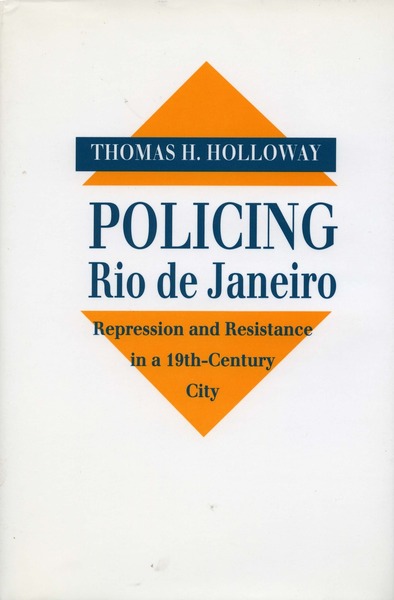 When in 1808 members of the Portuguese royal entourage arrived in Rio de Janeiro, the capital of a colony most had previously known only through administrative reports and balance sheets, they encountered a hostile and dangerous population that included a large number of African slaves. One of the institutions they brought from Lisbon was the General Intendancy of Police, which was the foundation on which the city's police institutions were built. The government met the challenge of bringing the inhabitants of Rio de Janeiro under control with a repressive apparatus that grew along with the problem it was created to solve. Policing Rio de Janeiro is a history of one of the fundamental institutions of the modern world through which the power of the state intrudes on public space to control and direct behavior. It is also a study of the way people resisted the repressive arm of the state, including heretofore unreported cases of slave rebellion as well as forms of everyday resistance. The author shows how the historical development of the police of Rio de Janeiro, through a dialectic of repression and resistance, was part of a more general transition from the traditional application of control through private hierarchies to the modern exercise of power through public institutions. Using the rich records - which include internal correspondence and official reports - of the police system and its civilian counterparts the judicial and jail systems, the author explores the point at which repression and resistance collided, on the squares, streets, and back alleys of Brazil's capital city. The resulting disturbances served as a catalyst for the formation of institutions and procedures that provided a veneer of modernity over traditional attitudes and relationships, protecting and strengthening them. In a conceptual context that includes the ideas of Foucault, Weber, and Gramsci, the author goes beyond institutional history to examine the changing social conditions of Rio de Janeiro and the exercise of power by its elites.

"Holloway's analysis of police institutions and leadership is fresh and useful, as is much of his data. . . . This pioneering book willserve historians as an interesting point of departure in the effort to recover the social and political history of Rio's masses in this neglected era."