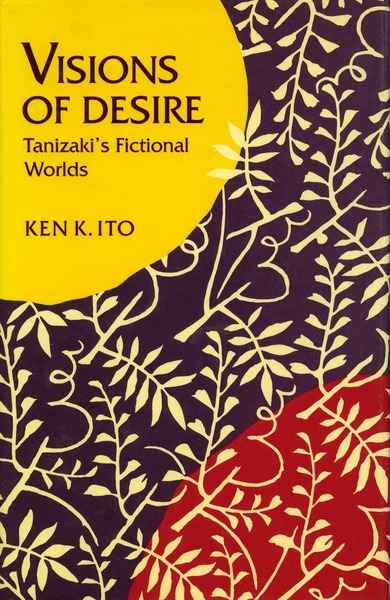 No Japanese writer was more obsessed with desire than Tanizaki Jun'ichiro (1886–1965). Over a career that spanned half a century, he explored, with both joyful fascination and ruthless insight, the dazzling varieties of sexuality, the complementary attractions of exoticism and nostalgia, the human yearning for mastery over others, and the tense relationship between fantasy and the exterior world. His fiction is filled with portrayals of desire in all its violence, irony, pathos, and comedy.

In one of Tanizaki's novels, a young engineer fascinated with the West sets out to transform a Japanese bar girl into his very own version of Mary Pickford. He succeeds to such an extent that the girl, growing tired of his immutable Japaneseness, begins to take foreign lovers. Cuckolded and humiliated though his is, the engineer is unable to leave his fantasy-come-to-life and resigns himself to enslavement.

In another novel, a Westernized Japanese finds himself gradually drawn to the past. Specifically, he is attracted to his father-in-law's companion, a young woman who has been trained and costumed to play the part of an old-fashioned mistress. Though this woman is no more a flesh-and-blood embodiment of tradition than a bunraku doll, the protagonist contemplates a life with someone like her, a life defined by the pursuit of abstract, dehumanized cultural ideals.

Visions of Desire locates such novels in the shifting discourse on cultural identity and cultural aspiration that permeates Japanese life. Ito argues that Tanizaki's novels do not merely end in the reification and contemplation of cultural ideals but rather problematize the desire behind such ideals. He finds in the writer's fiction a subtle understanding of cultural aspiration as a process riddled with subversions, influenced by patterns of mediation, and circumscribed by the lonely efforts of individual subjectivity. He discovers in Tanizaki's fables about the male effort to transform women into cultural icons a clear awareness of the sexual and class hierarchies that make such transformation possible.

Visions of Desire is the first book in English on a writer who is possibly modern Japan's greatest novelist. Ito has written for both the specialist and the general reader, setting his argument in a discussion both of Tanizaki's times and of the life of a writer who believed in living out the fantasies that fueled his fictions.