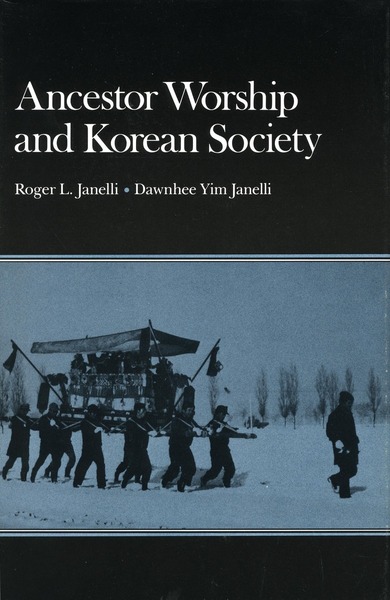 The study of ancestor worship has an eminent pedigree in two disciplines: social anthropology and folklore (Goody 1962: 14-25; Newell 1976; Fortes 1976; Takeda 1976). Despite obvious differences in geographical specialization and intellectual orientation, researchers in both fields have shared a common approach to this subject: both have tried to relate the ancestor cult of a given society to its family and kin-group organization. Such a method is to be expected of social anthropologists, given the nature of their discipline; but even the Japanese folklorist Yanagita Kunio, whose approach to folk culture stems from historical and nationalist concerns, began his work on ancestors with a discussion of Japan's descent system and family structure (Yanagita 1946). Indeed, connections between ancestor cults and social relations are obvious. As we pursue this line of analysis, we shall see that rural Koreans themselves are quite sophisticated about such matters.

Many studies of ancestor cults employ a combination of social and psychological approaches to explain the personality traits attributed to the dead by their living kin. Particular attention has long been given to explaining the hostile or punitive character of the deceased in many societies (Freud 1950; Opler 1936; Gough 1958; Fortes 1965). Only recently, however, has the popularity of such beliefs been recognized in China, Korea, and Japan (Ahern 1973; A. Wolf 1974b; Kendall 1977; 1979; Yoshida 1967; Kerner 1976; Lebra 1976). The earliest and most influential studies of ancestor cults in East Asia, produced by native scholars (Hozumi 1913; Yanagita 1946; Hsu 1948), overemphasize the benign and protective qualities of ancestors. Some regional variations notwithstanding, this earlier bias appears to reflect a general East Asian reluctance to acknowledge instances of ancestral affliction. Such reticence is not found in all societies with ancestor cults, however; nor, in Korea, China, and Japan, is it equally prevalent among men and women. Therefore, we seek not only to identify the social experiences that give rise to beliefs in ancestral hostility, but to explain the concomitant reluctance to acknowledge these beliefs and its varying intensity throughout East Asia.

In view of the limited amount of ethnographic data available from Korea, we have not attempted a comprehensive assessment of the ancestor cult in Korean society; instead we have kept our focus on a single kin group. We have drawn on data from other communities, however, in order to separate what is apparently true of Korea in general from what may be peculiar to communities like Twisǒngdwi, a village of about three hundred persons that was the site of our fieldwork. In this task, we benefited substantially from three excellent studies of Korean ancestor worship and lineage organization (Lee Kwang-Kyu 1977a; Choi Jai-seuk 1966a; Kim Taik-Kyoo 1964) and from two recent accounts of Korean folk religion and ideology (Dix 1977; Kendall 1979). Yet we are still a long way from a comprehensive understanding of how Korean beliefs and practices have changed over time, correlate with different levels of class status, or are affected by regional variations in Korean culture and social organization.

Because we want to provide a monograph accessible to a rather diverse readership, we avoid using Korean words and disciplinary terminology whenever possible. Where a Korean term is particularly important, we give it in parentheses immediately after its English translation. Korean-alphabet orthographies for these words appear in the Character List, with Chinese-character equivalents for terms of Chinese derivation.

As for disciplinary terminology, we have adopted only the anthropological term "lineage," which is of central importance to our study. We use "lineage" to denote an organized group of persons linked through exclusively male ties (agnatically) to an ancestor who lived at least four generations ago. (A married woman could be said to have an informal membership in her husband's lineage until her death.) Thus, the term "Twisǒngdwi lineage" designates the agnatic kin group located in the village of Twisǒngdwi. This term does not refer to a line of ancestry. Smaller lineages may collectively constitute a larger lineage; for example, the descendants of two brothers may form two lineages but also ritually observe their common descent from an earlier agnatic forebear.

"Valuable reading for anyone interested in learning about South Korea corporate culture, and also for those interested in the issues of how culture is maintained and remade in a rapidly changing society. The book represents first-rate scholarship with meticulous description based onparticipant observation and insightful analysis of the findings."

"The brilliance of Janelli's study lies in its intellectual debunking of the prevailing view of organizational behavior."