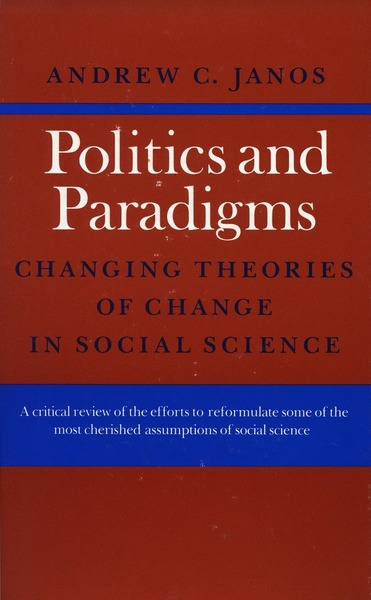 Recent economic and political developments in the Third World and in Communist and advanced industrial societies have challenged some of the most cherished assumptions of social science, forcing social scientists to rethink many of the categories of their discipline.

In a concisely written and provocative book, the author traces this process of rethinking. He does so by going back to the nineteenth-century origins of political sociology and economy, and by exploring more recent attempts by American scholarship to fashion from the writings of Smith, Marx, Spencer, Weber, and Durkheim a new universal theory of modernization and political change. The author argues that these attempts led to a new intellectual crisis, which could be resolved only by a "paradigm shift," that is, by refocusing the discipline from the classical concept of social relations to a new global concept of the division of labor and systems of exchange.

Overall, the volume may be read both as an intellectual history of modern political science, and as an attempt to fashion an analytical tool for empirical research. As such, it will be of interest to students of political philosophy as well as of comparative politics.

Andrew C. Janos is Professor of Political Science at the University of California, Berkeley.