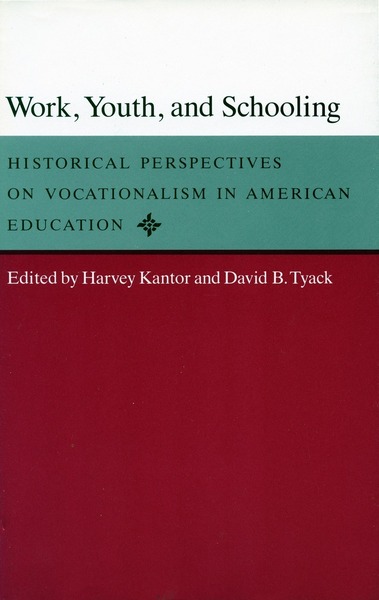 Work, Youth, and Schooling
Historical Perspectives on Vocationalism in American Education
Edited by Harvey Kantor and David B. Tyack

At the beginning of the twentieth century, American reformers saw vocational education as a promising way to cure many of the nation's economic and social ills. But the ensuing educational reforms had disappointingly little effect on the problems they were supposed to solve. Today we are still distressed by the extent of unemployment among young people, especially blacks and other minorities, and our doubts about the effectiveness of schools in preparing young people for work have never been greater. Did vocational education go wrong? Or were the problems so deep-rooted that the schools could not solve them? These are the questions these nine essays address. They consider such topics as the changing economic and political context of vocational education, the role of federal legislation, the various ideas of early vocationalists, the growth of the idea of school as the primary route to employment, the theoretical relationship between schooling and work, the special problems of vocational education for blacks and women, and the directions that future research must take.