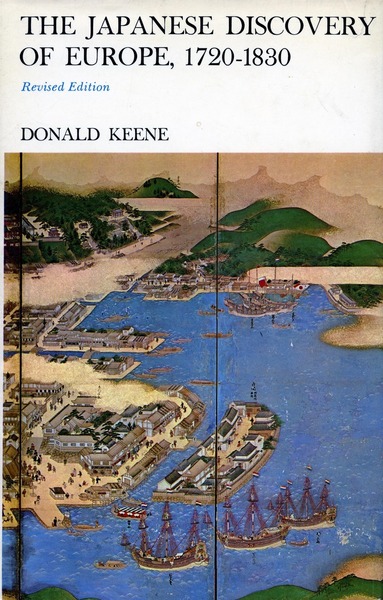 This is an account of the growth and uses of Western learning in Japan from 1720 to 1830. These are the dates of the beginning of official interest in Western learning and of the expulsion of Siebold from the country, the first stage of a crisis that could be resolved only by the opening of the country of the West. The century and more included by the two dates was a most important period in Japanese history, when intellectuals, rebelling at the isolation of their country, desperately sought knowledge from abroad. The amazing energy and enthusiasm of men like Honda Toshiaki made possible the spectacular changes in Japan, which are all too often credited to the arrival of Commodore Perry.

The author chose Honda Toshiaki (1744-1821) as his central figure. A page from any one of Honda's writings suffices to show that with him one has entered a new age, that of modern Japan. One finds in his books a new spirit, restless, curious and receptive. There is in him the wonder at new discoveries, the delight in widening horizons. Honda took a kind of pleasure even in revealing that Japan, after all, was only a small island in a large world. To the Japanese who had thought of Chinese civilization as being immemorial antiquity, he declared that Egypt's was thousands of years older and far superior. The world, he discovered, was full of wonderful things, and he insisted that Japan take advantage of them. Honda looked at Japan as he thought a Westerner might, and saw things that had to be changed, terrible drains on the country's moral and physical strength. Within him sprang the conviction that Japan must become one of the great nations of the world.