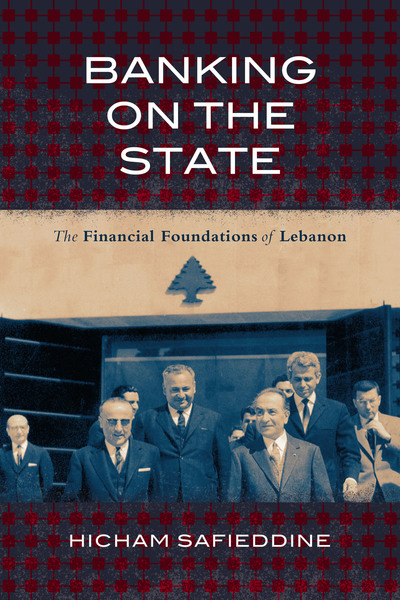 Banking on the State
The Financial Foundations of Lebanon
Hicham Safieddine
SERIES: Stanford Studies in Middle Eastern and Islamic Societies and Cultures

In 1943, Lebanon gained its formal political independence from France; only after two more decades did the country finally establish a national central bank. Inaugurated on April 1, 1964, the Banque du Liban (BDL) was billed by Lebanese authorities as the nation's primary symbol of economic sovereignty and as the last step towards full independence. In the local press, it was described as a means of projecting state power and enhancing national pride. Yet the history of its founding—stretching from its Ottoman origins in mid-nineteenth century up until the mid-twentieth—tells a different, more complex story.

Banking on the State reveals how the financial foundations of Lebanon were shaped by the history of the standardization of economic practices and financial regimes within the decolonizing world. The system of central banking that emerged was the product of a complex interaction of war, economic policies, international financial regimes, post-colonial state-building, global currents of technocratic knowledge, and private business interests. It served rather than challenged the interests of an oligarchy of local bankers. As Hicham Safieddine shows, the set of arrangements that governed the central bank thus was dictated by dynamics of political power and financial profit more than market forces, national interest or economic sovereignty.

Hicham Safieddine is Lecturer in the History of the Modern Middle East at King's College London.

"Banking on the State is a brilliant exploration of finance and banking as sites of state formation, sovereignty, regional alliances, and national subjectivities. By revealing the institutional origins of bank power in Lebanon, Hicham Safieddine rewrites the history of a misunderstood place. He challenges us to rethink sectarianism, exceptionalism, and civil strife."

"Banking on the State makes a critical contribution to emerging research on Lebanon's political economy. Hicham Safieddine takes on critical questions and provides illuminating new insights, sure to help shift debates on Lebanon."

"A profoundly rich and highly readable account of Lebanon's financial foundations. Hicham Safieddine tells a riveting story of how Lebanon's banking system came to be the way it is—tracing the complex interplay of private finance and public policy, and the global (and regional) forces that so powerfully shaped the emergence of state institutions in Lebanon. A stunning book that upturns much of the conventional wisdom about Lebanese politics and economics, while also pushing new conceptual boundaries in how we think about the entwined histories of central banks, financial markets, and state sovereignty."

—Adam Hanieh, author of Money, Markets, and Monarchies: The Gulf Cooperation Council and the Contemporary Political Economy of the Middle East

"As some in Lebanon may prepare to celebrate the country's first century (1920–2020), this study of its financial foundations is not only a brilliant rewriting of history but also timely and prescient."

"Banking on the State is an innovative and groundbreaking contribution to the historiography of Lebanon. It is a treasure for researchers and students interested in the political, social, or economic history of Lebanon as well as financial history and post-colonial state building more broadly." –Ziad Abu-Rish, International Journal of Middle East Studies

"While economic histories have explored the banking sector's centrality to Lebanon's political economy, scholars have not historicized the financial system's institutional foundations or analyzed bankers as a social group. In that light, Hicham Safieddine's groundbreaking monograph, Banking on the State, could not be more timely."