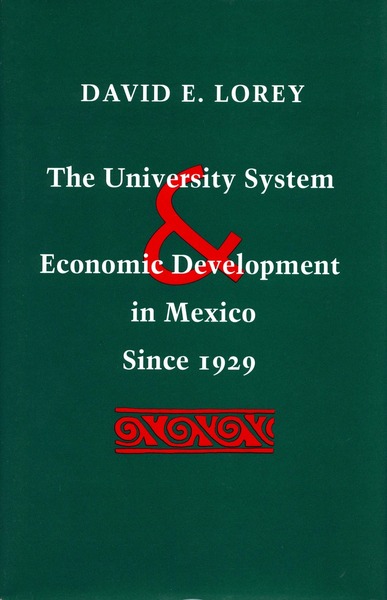 The University System and Economic Development in Mexico Since 1929
David E. Lorey

For decades, Mexican leaders and scholars as well as outside observers have spoken of a Mexican university system in crisis, expressing concern over student political activism and violence, declining quality of instruction and facilities, crowded campuses, and lack of employment for graduates. When the government harshly suppressed a student movement in 1968, world attention focused on the turmoil that was endemic in university life. During the severe economic slump of the 1980s, the fundamental weaknesses of the Mexican economy—its inefficiency and inability to compete in the world—were often attributed to failings of the university system.

The author’s detailed analysis reveals a paradox: to the extent that Mexican universities may not be producing the kinds of expertise needed for competing in the new global marketplace, that educational quality has declined gradually over time, and that the university has not contributed much to social mobility, one may indeed speak of a crisis. Yet because the university system has reached its present form in response to demands placed on it be government, the economy, and society, responding pragmatically to circumstances beyond its control, the author concludes that the crisis is not fundamentally a university crisis, but rather one that lies in Mexican economy and society at large.

"A well-documented examination of what Mexican universities have accomplished in terms of graduation rates, budgets, faculty salaries, and in general, responses to the demands placed on higher educatin by the economy, the government, and society. . . . Lorey has given us a sharply focused innovative study that provides bold generalizations on several important issues."