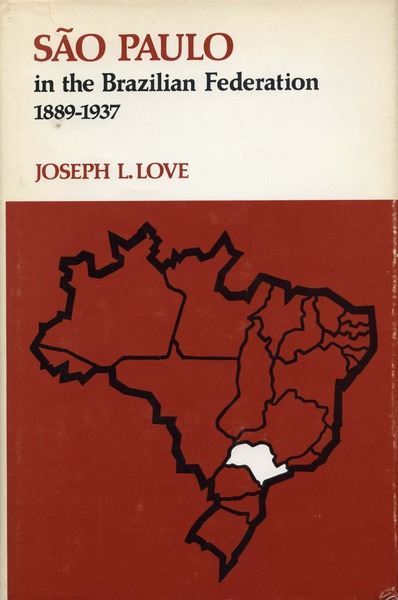 This is the third of three independent but coordinated studies on Brazilian regionalism from the beginning of the Republic to the establishment of Getulio Vargas's Estado Novo in 1937. The first volume, on the state of Minas Gerais by John D. Wirth, was published in 1977; the second volume, on the state of Pernambuco by Robert M. Levine, was published in 1978. These studies present the first overall survey of the politics, economy, and society of these key regions and offer important new data and interpretations on political elites, fiscal systems, and social integration.

The authors examine the complex dynamics of state-level social and political structures in three leading states—São Paolo in the Center-South, which received the greatest benefits from export growth; politically important Minas Gerais, situated between the prosperous southern states and the impoverished Northeast; and Pernambuco, the Northeast's most important state. The studies trace the shift of power from the centralized Empire to the states and then follow the course of the Union's gradual assumption of authority and responsibility over the ensuing half century.

They are organized on thematic rather than chronological lines, but each author uses a chronology appropriate to his own state while relating regional events to those at the national level and those in other states. Similarities and differences in identically defined political elites are thrown into relief by the comparative analysis of quantitative biographical data of the three state elites—revealing not only who they were, but what they wanted, what they tried to get, and what they settled for.

São Paulo's story is one of rapid economic expansion, first in agriculture and then in manufacturing. Its political elites—relying on massive exports and foreign borrowing—pioneered in state intervention in economy and society, and in the process confused the interests of Brazil with their own.