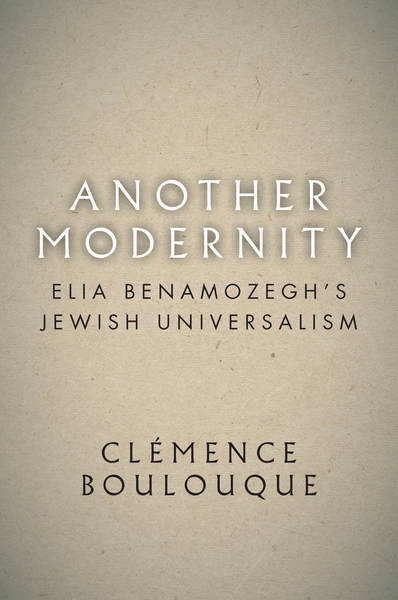 "Another Modernity offers a brilliant portrait of Elia Benamozegh, a fascinating and largely hidden gem of modern Jewish thought. Clémence Boulouque deftly captures the Italian rabbi's singular approach to mysticism, universalism, and the role of Judaism in the modern world; she is the ideal scholar to bring Benamozegh out of an undeserved obscurity."

"Clémence Boulouque brilliantly succeeds in elucidating previously neglected aspects of the work of a rabbi and philosopher who lived at the crossroads of irreconcilable worlds, yet provided a broad and consistent version of Judaism that was at once traditional and modern. This intelligent, well-informed, well-written book is an important step towards comprehending the multi-faceted thought of Elia Benamozegh."

"Boulouque['s] work gives a detailed description of Benamozegh['s] character and analyzes various aspects of his thought, from political to kabbalistic, with a very rich bibliography... The book is written smoothly, and succeeds to give a complete vision of Benamozegh's thought, analyzing different perspectives, but above all gives a vast overview of what modernity is and how Benamozegh dealt with it, in a different way from classical models."