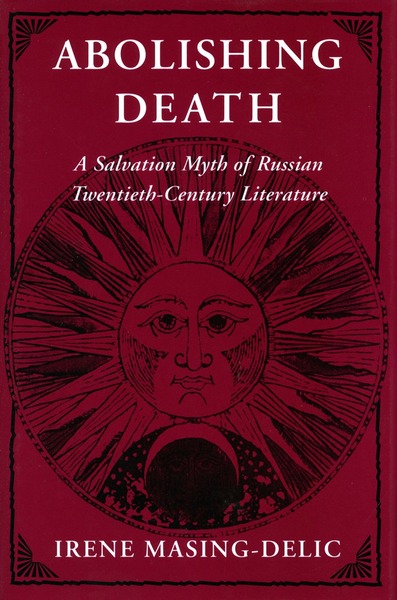 The idea of abolishing death was one of the most influential myth-making concepts expressed in Russian literature from 1900 to 1930, especially in the works of writers who attributed a "life-modeling" function to art. To them, art was to create a life so aesthetically organized and perfect that immortality would be an inevitable consequence.

This idea was mirrored in the thought of some who believed that the political revolution of 1917 would bring about a revolution in basic existential facts: specifically, the belief that communism and the accompanying advance of science would ultimately be able to bestow physical immortality and to resurrect the dead. According to one variant, for example, the dead were to be resurrected by extrapolation from the traces of their labor left in the material world.

The author finds the seeds of this extraordinary concept in the erosion of traditional religion in late-nineteenth-century Russia. Influenced by the new power of scientific inquiry, humankind appropriated various divine attributes one after the other, including omnipotence and omniscience, but eventually even aiming toward the realization of individual, physical immortality, and thus aspiring to equality with God. Writers as different as the "decadent" Fyodor Sologub, the "political" Maxim Gorky, and the "gothic" Nikolai Ognyov created works for making mortals into gods, transforming the raw materials of current reality into legend.

The book first outlines the ideological context of the immortalization project, notably the impact of the philosophers Fyodorov and Solovyov. The remainder of the book consists of close readings of texts by Sologub, Gorky, Blok, Ognyov, and Zabolotsky. Taken together, the works yield the "salvation program" that tells people how to abolish death and live forever in an eternal, self-created cosmos—gods of a legend that was made possible by creative artists, imaginative scientists, and inspired laborers.

Irene Masing-Delic is Professor of Slavic and East European Languages and Literatures at Ohio State University.