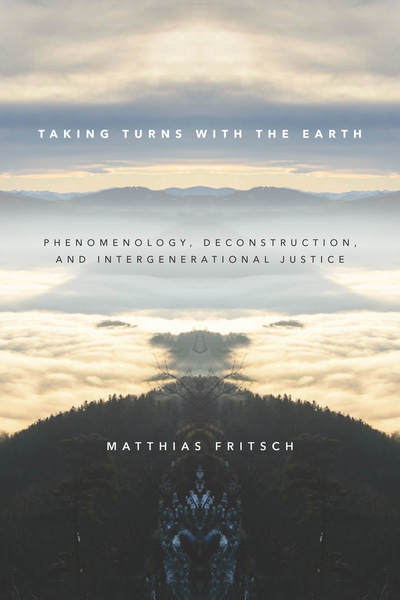 The environmental crisis, one of the great challenges of our time, tends to disenfranchise those who come after us. Arguing that as temporary inhabitants of the earth, we cannot be indifferent to future generations, this book draws on the resources of phenomenology and poststructuralism to help us conceive of moral relations in connection with human temporality. Demonstrating that moral and political normativity emerge with generational time, the time of birth and death, this book proposes two related models of intergenerational and environmental justice. The first entails a form of indirect reciprocity, in which we owe future people both because of their needs and interests and because we ourselves have been the beneficiaries of peoples past; the second posits a generational taking of turns that Matthias Fritsch applies to both our institutions and our natural environment, in other words, to the earth as a whole. Offering new readings of key philosophers, and emphasizing the work of Emmanuel Levinas and Jacques Derrida in particular, Taking Turns with the Earth disrupts human-centered notions of terrestrial appropriation and sharing to give us a new continental philosophical account of future-oriented justice.

Matthias Fritsch is Professor of Philosophy at Concordia University.

"Matthias Fritsch brings clarity and depth to issues of environmental justice and responsibility for future generations through a close engagement with the work of Derrida, Levinas, and Arendt. This book is an indispensable resource for both continental and analytic philosophers seeking to understand what it means to live and die ethically on the earth."

"With characteristic precision and rigor, Matthias Fritsch has produced an original contribution to thinking about intergenerational justice and our relationship to the planet. Taking Turns with the Earth is an exemplary model for how to theorize pressing ethical and political issues through a creative inheritance of the philosophical tradition."

"Intergenerational ethics is at the heart of many of the biggest problems facing humanity today, yet our theories, institutions, and practices remain inadequate to the challenge. This admirable book offers us an ontological approach that is distinctive, innovative, and an important contribution to our ethical self-understanding."

"Fritsch makes a convincing case for thinking of intergenerational and ecological relationships not as additional features or theoretical extensions of intragenerational and humanistic models of justice, but as constitutive features of justice...[His] style of cogent argumentation appears quite prudent, as it makes phenomenology and deconstruction directly relevant and applicable to those discourses and accessible to other scholars and professionals who are interested in justice and the future of the humanly habitable earth."

"Fritsch argues that our moral obligation to tackle and respond to climate change is grounded in intergenerational justice...The key notion here is asymmetrical intergenerational reciprocity; the author's explication of this notion, and his discussion of potential objections to it, is especially useful and thought provoking...Recommended."

"Taking Turns With the Earthoffers to the reader a rich and incisive analysis of intergenerational justice, especially as it relates to issues pertaining to the environment. With intergenerational ethics being relevant to so many issues that we face today, this book offers a timely theoretical analysis of the nature of our obligations to non-contemporary others."

"Matthias Fritsch has written a supremely challenging and timely book about the ontological-normative dimensions of our intergenerational being....[I am] fully on board with the notion that we require ontological thinking in this area, and as far as I know, nobody has attempted this on the same scale or with as much boldness of philosophical vision as Fritsch. His book is a major contribution to our thinking about the philosophical foundations of our intergenerational being. I predict that it will have a profound effect on environmental philosophy, in both analytic and continental circles, for decades to come."

"Taking Turns with the Earth is a model of scholarship in continental philosophy. Written in a clear argumentative style that never sacrifices depth or complexity, it shows how central ideas found in Heidegger, Levinas and Derrida—ideas often dismissed as obtuse—can be put to work to help us rethink some of the most pressing ethical issues of our times."

"Matthias Fritsch's Taking Turns with the Earth is a significant, illuminating, and timely—just in time, perhaps—phenomenological and deconstructive ontology and 'hauntology' of the problem of intergenerational justice. To my mind, it is the widest ranging and most profound work on this problem that I have so far encountered."

"[How] is one to respond in a meaningful and responsible way to a book that is this meticulously researched, this powerfully argued, this broad in its scope and implications, and, of course, this urgent not just for philosophy but for all of us who have inherited the earth and who have some responsibility for passing it on?[A] uniquely powerful work."

"The cogency of [Fritsch's] proposals and, notwithstanding the complexity of the philosophical arguments supporting of them, the impressive clarity of their presentation, make the book a significant contribution to the field of environmental ethics."