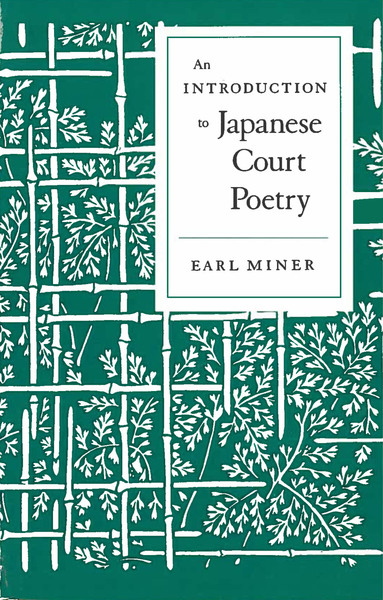 The poetry written by the Japanese imperial court between A.D. 550 and 1350 is one of the great literatures of the world. The present volume, an introduction to that literature, is at once a condensation, a reorganization, and an extension (to A.D. 1500) of Japanese Court Poetry (1961), by the author and Robert H. Brower, the standard treatment of the subject is in English.

The book's five central chapters are devoted to the major court poets and their work; other chapters deal with the forms, assumptions, and themes of court poetry. The author's emphasis throughout is on the human and cultural values of this poetic tradition.

Over 150 poems are included in both transliteration and translation. Many of the translations are joint efforts with Professor Bower; others are new translations by the author. The approach to the poems is essentially critical, and draws on the findings of recent Japanese scholarship.

Earl Miner is Professor of English at the University of California, Los Angeles, and the author and editor of several books on Japanese, English, and comparative literature.