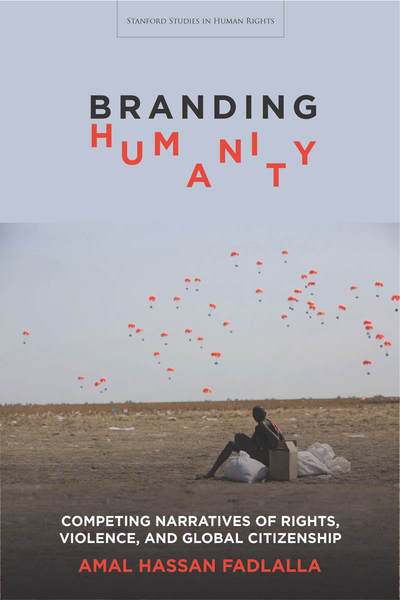 The Save Darfur movement gained an international following, garnering widespread international attention to this remote Sudanese territory. Celebrities and other notable public figures participated in human rights campaigns to combat violence in the region. But how do local activists and those throughout the Sudanese diaspora in the United States situate their own notions of rights, nationalism, and identity?

Based on interviews with Sudanese social actors, activists, and their allies in the United States, the Sudan, and online, Branding Humanity traces the global story of violence and the remaking of Sudanese identities. Amal Hassan Fadlalla examines how activists contest, reshape, and reclaim the stories of violence emerging from the Sudan and their identities as migrants. Fadlalla charts the clash and friction of the master-narratives and counter-narratives circulated and mobilized by competing social and political actors negotiating social exclusion and inclusion through their own identity politics and predicament of exile. In exploring the varied and individual experiences of Sudanese activists and allies, Branding Humanity helps us see beyond the oft-monolithic international branding of conflict. Fadlalla asks readers to consider how national and transnational debates about violence circulate, shape, and re-territorialize ethnic identities, disrupt meanings of national belonging, and rearticulate notions of solidarity and global affiliations.

Amal Hassan Fadlalla is Associate Professor of Anthropology, Women's Studies, and Afroamerican and African Studies at the University of Michigan. She is the author of Embodying Honor: Fertility, Foreignness, and Regeneration in Eastern Sudan (2007).

"Branding Humanity is a powerful ethnography of the interplay between humanitarianism and nationalism, where white celebrity cultures, Christian and Muslim humanitarians, racialized diasporas, and translocal actors connect and communicate around and across the imaginaries of Sudan and 'Save Darfur' campaigns. Amal Fadlalla's careful and passionate book should be read by all those interested in the operations of power and empire, and of belonging and citizenship in this new century."

"This fascinating book shows how stories of ethnic suffering and sexual violence powerfully shaped public understanding of the conflicts in Darfur and South Sudan. These narratives simplified complex situations and mobilized 'affective violence,' fitting the violence into humanitarian frameworks of suffering victims but ignoring other critical actors, such as transnational Sudanese secularist activists. Branding Humanity provides valuable insight into the way human rights crises are made visible to global publics."

A Conversation with Amal Fadlalla