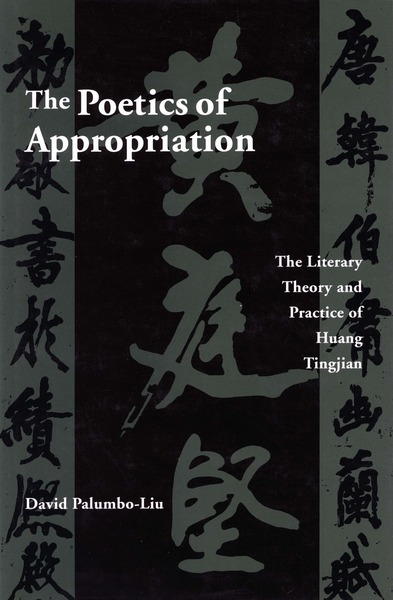 The poets of the Northern Song dynasty (960-1126) were writing after what was then and still is acknowledged to be the Golden Age of Chinese poetry, the Tang dynasty (618-907). This study examines how these Song poets responded to their uncomfortable proximity to such impressive predecessors and reveals how their response shaped their literary art. The author's focus is on the poetic theory and practice of the poet Huang Tingjian (1045-1105). This first full-length study in English of one of the most difficult and complex poets of the classical Chinese tradition aims to provide the background for understanding better why Huang was so greatly admired, especially by the outstanding literati of his age, and why later scholars claim Huang is the characteristic Northern Song poet. The author concludes by considering how Huang's literary project resembles, but ultimately differs from, Western literary theories of influence and intertextuality.

"Palumbo-Liu gives Huang's poetry and poetics a sympathetic hearing in this first full-length study of the poet. His critique is informed by an assiduous attention to the often obscure quotations and allusions and the interpretation of their contextual nuances. He uses traditional and contemporary Chinese literary criticism to good effect."

—Journal of the Royal Asiatic Society

"Even as the face of the nation has been racialized, the exact nature of the implication of Asian/Americanness into white America is far from clear or stable. What Palumbo-Liu does in such an intriguing and complex way is to invite us to explore in much more detail and depth the politics of this implication."