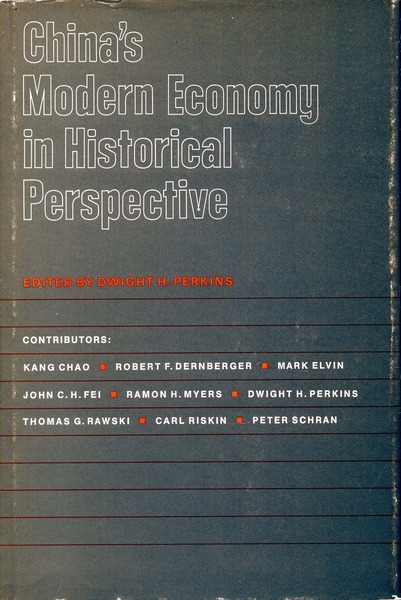 Why did it take China more than a century after its defeat in the first Opium War to begin systematically acquiring the fruits of modern technology? To what extent did the rapid economic developments after 1949 depend on features unique to China and to Chinese history as well as on the socialist reorganization of society? These are the major questions examined in this collection of papers which challenges many previously accepted generalizations about the nature and extent of advances in China's economy during the twentieth century.

The papers discuss the positive and negative effects of foreign imperialism on Chinese economic development, the adequacy of China's financial resources for major economic initiatives, the state of science and technology in late traditional China, the changing structure of national product and distribution of income, the cotton textile and small machine-building industries as examples of pre-1949 economic bases, the village-market town structure of rural China, the tradition of cooperative efforts in agriculture, and the influence of the Yenan period on the economic thinking of China's leaders.

Dwight H. Perkins is Professor of Economics at Harvard University.