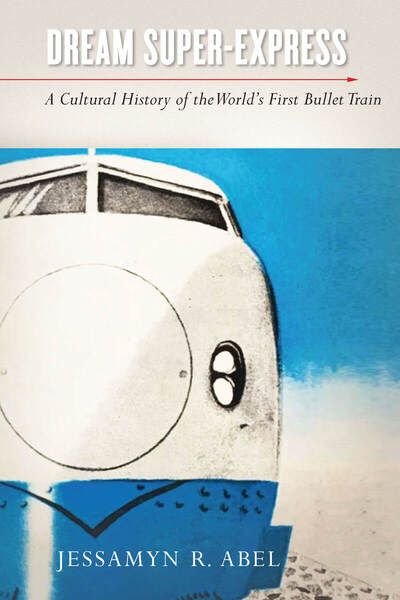 A symbol of the "new Japan" displayed at World's Fairs, depicted in travel posters, and celebrated as the product of a national spirit of innovation, the Tōkaidō Shinkansen—the first bullet train, dubbed the "dream super-express"—represents the bold aspirations of a nation rebranding itself after military defeat, but also the deep problems caused by the unbridled postwar drive for economic growth. At the dawn of the space age, how could a train become such an important symbol? In Dream Super-Express, Jessamyn Abel contends that understanding the various, often contradictory, images of the bullet train reveals how infrastructure operates beyond its intended use as a means of transportation to perform cultural and sociological functions. The multi-layered dreams surrounding this high-speed railway tell a history not only of nation-building but of resistance and disruption. Though it constituted neither a major technological leap nor a new infrastructural connection, the train enchanted, enthralled, and enraged government officials, media pundits, community activists, novelists, and filmmakers. This history of imaginations around the monumental rail system resists the commonplace story of progress to consider the tug-of-war over the significance of the new line. Is it a vision of the future or a reminder of the past, an object of international admiration or a formidable threat? Does it enable new relationships and identities or reify existing social hierarchies? Tracing the meanings assigned to high-speed rail shows how it prompted a reimagination of identity on the levels of individual, metropolis, and nation in a changing Japan.

Jessamyn R. Abel is a historian of Japan and Associate Professor in Asian Studies at Pennsylvania State University. She is the author of The International Minimum(2015).

"Jessamyn Abel takes us on a magnificent journey opening windows onto the cultural and global significance of Japan's technological achievements of the postwar era. We see planners for the 'bullet train' draw on blueprints from, and powerful nostalgia for, the era of empire and war. We glimpse project leaders presenting the train to American and global audiences to change the global image of Japan. And we observe a domestic transformation in ideas of time, space, social class, and regional identity."

"Want to know more about the world's first bullet train, the 1960s, and Japan? This is the book! Abel skillfully integrates popular culture, official reports, local citizens' protests, and scholarly discourses into a critical exploration into how Shinkansen changed not only the landscapes of Tokyo, Kyoto, and Osaka, but also memoryscape and the spatial imaginary of the nation. This is an important and highly accessible book for anyone interested in technology and politics, infrastructure-building, and social impacts, as well as mobility and informatics."

"Abel has written an impressive cultural history of the shinkansen. Grounded firmly in contemporary infrastructural and Japanese history, it is exceptionally well written, well researched, and easy to read and understand... Abel sets a high bar for cultural infrastructure studies."

"Dream Super-Express quite impressively achieves its goal of showing the multiple visions of society and history that the bullet train stood for and the concrete conflicts that the train engendered. Well written and approachable, the book is suitable for undergraduate, graduate, and general readers. It will be of interest to anyone who seeks to know more about postwar Japanese history or the history of infrastructure and technology in Japan, or who just likes to read cool histories of cool trains."

"This is an important story about the development of postwar Japan and the continuing hold that the bullet train has on people's imagination. Recommended."

"While readers may be familiar with Abel's recent articles on the topic, versions of which are included in the book, the total is greater than the sum. Each chapter provides insights combined with thoughtful analysis and offers a range of perspectives backed up by careful archival research that provides us with some sense of official narratives and disputes. We are also introduced to the scholarly literature in both Japanese and English, as well as to relevant magazine and newspaper articles, films, novels, and art. The latter sources allow us to gain some insight into the popular imagination surrounding the train and all its social and political baggage."

Exploring how the world’s first bullet train captivated the globe

Page 99 Test
Can Hollywood save the bullet train from terminal decline?

The Telegraph
More in History—Asian