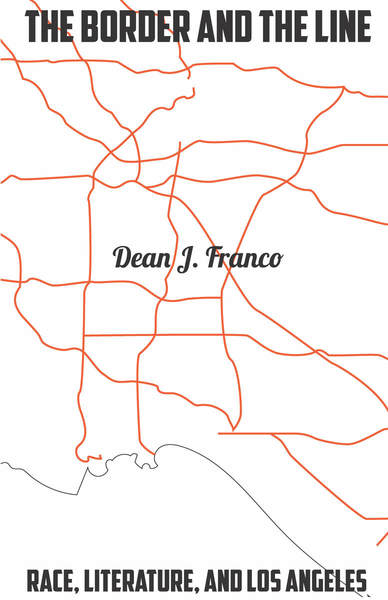 Los Angeles is a city of borders and lines, from the freeways that transect its neighborhoods to streets like Pico Boulevard that slash across the city from the ocean to the heart of downtown, creating both ethnic enclaves and pathways for interracial connection. Examining neighborhoods in east, south central, and west L.A.—and their imaginative representation by Chicana, African American, and Jewish American writers—this book investigates the moral and political implications of negotiating space.

The Border and the Line takes up the central conceit of "the neighbor" to consider how the geography of racial identification and interracial encounters are represented and even made possible by literary language. Dean J. Franco probes how race is formed and transformed in literature and in everyday life, in the works of Helena María Viramontes, Paul Beatty, James Baldwin, and the writers of the Watts Writers Workshop. Exploring metaphor and metonymy, as well as economic and political circumstance, Franco identifies the potential for reconciliation in the figure of the neighbor, an identity that is grounded by geographical boundaries and which invites their crossing.

Dean J. Franco is Professor of English and Director of the Humanities Institute at Wake Forest University. He is the author of Race, Rights, and Recognition: Jewish American Literature since 1969 (2012) and Ethnic American Literature: Comparing Chicano, Jewish, and African American Writing (2006).

"Dean Franco's vibrant prose and dexterous analysis make The Border and the Line a significant contribution to the study of U.S. ethnic literatures. So much more than a regional case study, this book gifts us a comparative imaginary as far-reaching as it is urgently needed."

"The Border and the Line is a must-read for anyone concerned with the resurgence of ethically informed reading in ethnic studies, Jewish studies, and literary criticism. Few scholars today read texts as astutely as Dean Franco. He does so here to demonstrate how we all live in relational proximity to our neighbors, even as constructed barriers seek to keep us separate. Superbly written."

"[Franco is] both analytically astute and attentive to the interlocking lived realities of the communities on whom his book focuses, thus elegantly breathing new life into the practice of comparative ethnic studies....The Border and the Line is a model for those of us aiming to connect cultural representations to the political-economic realities of communities coexisting in Los Angeles's historical past and present."