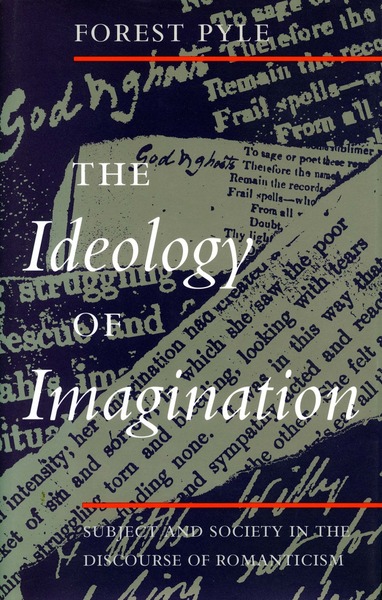 Exploring how the concept of the imagination is figured in some principal texts of English Romanticism, this book convincingly argues that this figuring is a deeply ideological activity which reveals important social and political investments. By attending to the textual figures of the imagination, the book sheds critical light not only on Romanticism but on the very workings of ideology.

To demonstrate his thesis, the author undertakes critical re-readings of four major Romantic authors - Coleridge, Wordsworth, Shelley, and Keats - and shows how the legacy of ideology and imagination is reflected in the novels of George Eliot. He shows that for each of these writers, the imagination is neither a faculty that can be presumed nor one idea among others; it is something that must be theorized and, in Coleridge's words, "instituted." Once instituted, Coleridge asserts, the imagination can address England's fundamental social antagonisms and help restore national unity. More pointedly, the institution of the imagination is the cornerstone of a "revolution in philosophy" that would prevent the importation of a more radical - and more French - political revolution.

In the process of re-reading the Romantic tradition, the author undertakes a critical reconsideration of the articulations between Marxism and deconstruction, particularly as expressed in the work of Louis Althusser and Paul de Man.

"Pyle makes Romanticism interesting all over again. . . . His provocative rereading of five major authors demonstrates that we can learn something very important about nineteenth-century social theory—and particularly the role of ideology—from Romantic representations of the imagination."

"Perceptive close reading of Coleridge's Biographia Literaria and other works, Wordsworth's Prelude, Shelley's Triumph of Life, Keats's Fall of Hyperion, and George Eliot's Adam Bede and The Mill on the Floss."

"Pyle is especially good at teasing out the chiasmic relations of the literary and the real."