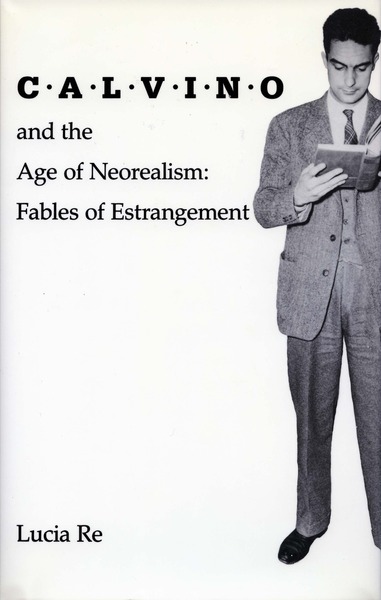 Calvino and the Age of Neorealism
Fables of Estrangement
Lucia Re

Winner of the 1992 Howard R. Marraro Prize, sponsored by the Modern Language Association.

Italo Calvino's reputation as one of the great writers of our century rests chiefly on his allegorical fables and fantastic narratives, whose inventiveness, irreverence, and elegant style are universally admired. In this study, the author focuses on Calvino's first novel, The Path to the Nest of Spiders (1947), because in it she discerns a critical point of origin for Calvino's entire 'ethics' of writing. She shows how, in The Path, he challenges the poetics of objectivity of the Italian neorealists movement and offers a complex and ironic representation of the anti-Fascist armed resistance in Italy. Situating Calvino's early work in its historical and cultural context, the author reassesses Italian neorealism in terms of the theories and critical debates about realism of such critics as Lukacs, Sartre, Brecht, Adorno, and Barthes. She analyzes neorealism's narrative practices and cultural and political implications, while setting neorealism in the context of the resistance and the postwar Reconstruction in Italy and giving readings of major neorealist texts (novels by Pavese and Vittorini, films by Rossellini, Visconti, and others) as well as relatively obscure minor ones. The heart of the book consists of readings of The Path from four different but intersecting critical perspectives: formalist-narratological, sociohistorical, psychoanalytic, and Bakhtinian. The readings assess the importance of Calvino's beginnings for the body of his work and incorporate relevant references to his later fiction and critical essays. Out of these multiple readings, the ironic estrangement of the real through the act of writing itself emerges as his key narratological strategy.