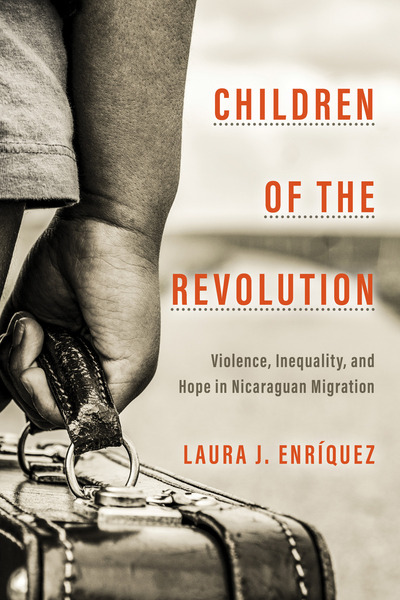 Andrea, Silvia, Ana, and Pamela were impoverished youth when the Sandinista revolution took hold in Nicaragua in 1979. Against the backdrop of a war and economic crisis, the revolution gave them hope of a better future — if not for themselves, then for their children. But, when it became clear that their hopes were in vain, they chose to emigrate. Children of the Revolution tells these four women's stories up to their adulthood in Italy. Laura J. Enríquez's compassionate account highlights the particularities of each woman's narrative, and shows how their lives were shaped by social factors such as their class, gender, race, ethnicity, and immigration status. These factors limited the options available to them, even as the women challenged the structures and violence surrounding them. By extending the story to include the children, and now grandchildren, of the four women, Enríquez demonstrates how their work abroad provided opportunities for their families that they themselves never had. Hence, these stories reveal that even when a revolution fails to fundamentally transform a society in a lasting way, seeds of change may yet take hold.

Laura J. Enríquez is Professor of Sociology at the University of California at Berkeley. Her most recent book is Reactions to the Market: Small Farmers in the Economic Reshaping of Nicaragua, Cuba, Russia, and China (2010).

"Children of the Revolution weaves women's biography with Nicaraguan history in capturing the essence of sociological imagination to illustrate structural violence and agency embedded in surviving revolution and the aftermath of structural adjustment policies. Narrating compelling transnational migration stories of four mothers and their children, Enriquez reveals the personal cost of violence and inequality and mothers' heroic efforts to build a better life for the next generation."