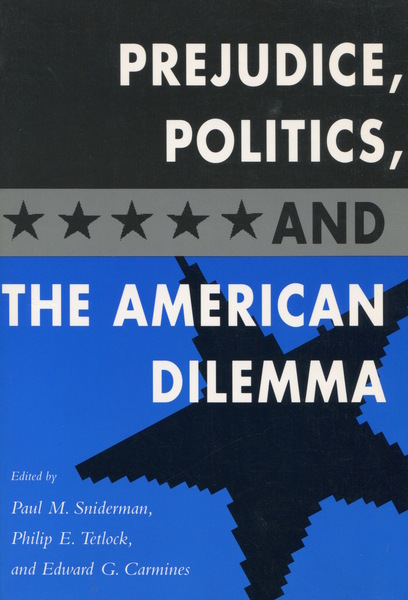 "This extremely important book has a number of strengths: most important, its interdisciplinary nature; its methodologically sophisticated and innovative research; and its raising of new perspectives on race, perspectives that should challenge stale truisms and clichés and stimulate new research. The papers are uniformly strong and provocative, and many should engender a healthy dose of controversy. The book represents an important shift in perspectives, both theoretical and methodological, in the study of race and American politics."

"An eclectic group of contributors consisting of psychometricians, social and personality psychologists, sociologists, demographers, and political scientists have attempted 'to see anew the American dilemma.' Transcending the usual emotional polemics surrounding racial issues in America and viewing racism from the perspective of both blacks and whites, the authors succeed admirably in accomplishing their objectives. . . . An exceptionally fine collection."

"Why is this a path-breaking book? Because it presents the first big new idea about political participation in a decade. It demonstrates how specific, vivid personal experiences can trigger political involvement. It shows how issue commitments can be the product of participation rather than its cause. And it asks why people continue to be involved in politics, not just why they became politically active."