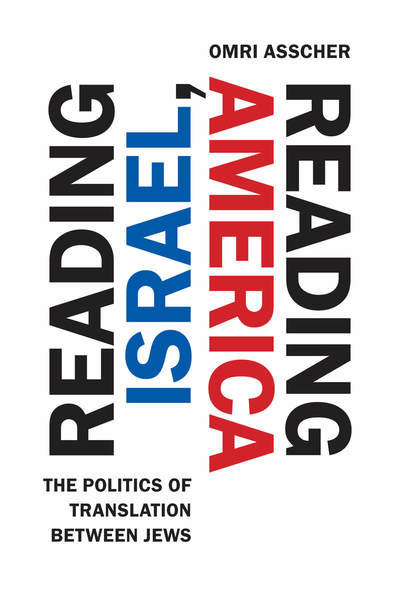 "[A] fascinating and original study... Asscher's book is impressive, and it stands out as the first full-length study of literary translation in the context of Israeli-American Jewish relations during the period in question. It will surely serve as an important resource for future scholars in translation studies, Jewish studies, and those focusing on homeland/diaspora relations."

"Omri Asscher's first book is surely one of the most interesting and critically consequential studies of Israeli literary culture to appear in the last few years, especially concerning its influence and reception abroad... [M]any readers of Reading Israel, Reading America's early chapters may never be able to fully place their complete trust in a translated Hebrew novel ever again... It cannot be overemphasized how often Asscher's discussion encompasses works that have had a tremendous influence on American readers... [W]e have no other study quite like it and future readers, scholars, and translators seeking to be more mindful of their own identities, biases, and practices, will surely be in his debt."

"Reading Israel, Reading America compellingly and thoroughly explores the politics of translation as it shapes the understandings and misunderstandings of Israeli literature in the United States and American Jewish literature in Israel. [...] Asscher vividly examines the ideology of these cultural agents in the literary field and provides a deep description of the main trends in the translation and integration of Hebrew literature in America and American Jewish literature in Israel in the second half of the twentieth century while also outlining the collective portrait they helped shape in those years in the respective literary fields. [...] [a] fascinating and original project."