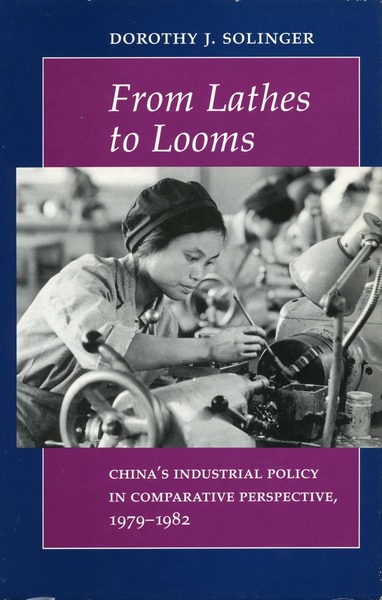 For more than three decades, all manner of critics of socialist states — non-socialists and socialists alike- have excoriated one of the most unfortunate consequences of the Stalinist-style command economy: its proclivity to favor heavy industry over other economic sectors. Ironically, these systems set up in the name of "the people's" interest shortchanged their constituents' livelihood, as factories and foundries spewed out an endless stream of machinery and metals at the expense of consumer items and daily necessities.

In the late 197o's, after the death of Mao Zedong, Chinese leaders were able openly and soberly to scrutinize their faltering industrial system. Under the determined leadership of Deng Xiaoping, they quickly altered the proportions of industrial output in favor of consumer goods. The Chinese leaders had two chief economic goals: to increase the financial returns to the central government and to lay the foundation for a reoriented future pattern of national growth that would give China a secure niche in world markets. They also hoped to open up new employment channels and to meet mass needs for consumer goods. This study shows why and how these goals were chosen and spells out how they were realized.

Though there is no evidence of conscious borrowing, in its vision and tactics the agenda the Chinese leaders chose was highly resonant with what is elsewhere labeled "industrial policy." For this reason, the book draws on the literature of industrial policy in France and Japan, where this form of policy first took root, rather than adopting the more conventional model of comparative communism.

The book uncovers striking similarities between China's post-1979 plan and what occurred in France and Japan after World War II, at the level of elite perception and goals and in societal, behavioral terms. These similar conditions- in context, decision-making pattern, and implementation style provide the framework of analysis for this volume, a framework that could be applied to ex-colonial and dependent Third World economies as well as to more authoritarian socialist planning systems.